The Ministro de Seguridad Pública (Security Minister), Mario Zamora, in a live television interview today said Costa Rica is bogged down in “tramitologia” – Spanish for bureaucracy, that is hindering the country’s fight against drug trafficking. 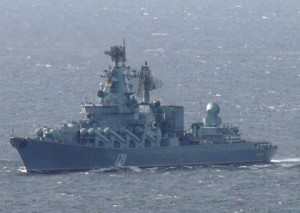 The minister’s comments are founded on the fact that, at this very moment, two Costa Ricans caught with nearly a ton of cocaine near the Galapagos Islands by a U.S. patrol boat cannot be brought to Costa Rica to face justice, this because the country’s lawmakers have not yet voted on authorization for U.S. warships to dock in Costa Rica.

Among the minister’s main complaints is that every six months the Ministerio de Seguridad Pública (MSP) has to submit to the Legislative Assembly a list of ships that are conducting patrols, and to be given berthing authorization.

Zamora says that, despite the agreement to joint patrols between the United States and Costa Rica, delays constantly occur because legislators do not provide timely authorization.  A proposal has been made to legislators approving the list on a yearly basis, instead of every six months, but that has gone unanswered, according to Zamora.

“If during the time (in between authorizations) new ships are added to the patrols they are not permitted in Costa Rican waters. We have fallen into the mistake of giving a police technical issue in the hands of politicians and their ideological level”, said Zamora.

Zamora stressed that Costa Rica does not have the operational capacity as the United States and as such is lagging behind in the anti-drug fight, giving drug traffickers the upper hand.

Costa Rican authorities say that the Americans have begun to question whether Costa Rica is serious about the fight against drug trafficking and the purpose of the treaty, for rather than facilitate the paperwork, they complicate things.

The security minister was adamant that the Costa Ricans now in the hand of the Unisted States Coast Guard have the right to be tried in their own country and not, because of the beaurocracy, be sent to a foreign country.

Q TRAVEL - Travelers from the European Union or third countries, including Costa Rica, who have fully been vaccinated, will now be able to...
Reports