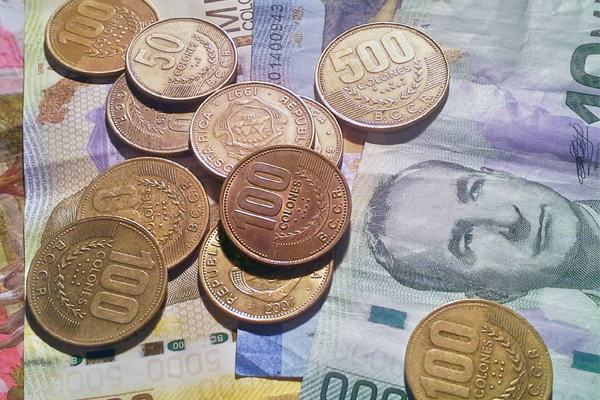 In the past year, Costa Rican authorities have received 302 reports of suspicious financial transactions, according to the Costa Rican Institute on Drugs (ICD), which coordinates the government’s national counter-narcotics policy.

Those reports, which are generated by banks and financial institutions when they see unusual financial transactions, may be perfectly legal.

In the past year, Costa Rican authorities have received 302 reports of suspicious financial transactions, according to the Costa Rican Institute on Drugs (ICD), which coordinates the government’s national counter-narcotics policy.

But in many cases it’s a sign of money laundering.

While it takes on many forms, money laundering is essentially the process through which criminal groups make their illicit proceeds look legitimate, thereby concealing the origins of cash.

Costa Rican authorities are investigating at least 16 major cases, including money that’s been invested in casinos, betting houses, a soccer team, bakeries, carwashes and other establishments.

“These are very complex cases,” ICD Director Carlos Alvarado told local news outlet CRHoy. “Sometimes, something can seem suspicious but in the end there is justification for the transaction.”

Yet, the number of those suspicious transactions is clearly rising. Just a decade ago, authorities received only 24 reports of suspicious activities. But that number has grown steadily, reaching 363 reports in 2011, according to the ICD.

The rise in suspicious transactions has mirrored the spread of drug cartels in recent years. From Guatemala to Panama, criminal networks have set up shop, and countries like Costa Rica – relatively wealthy by regional standards – have become hotspots for money laundering.

“Generally, the money comes by land from Mexico, Guatemala, Honduras, Nicaragua and Costa Rica,” said Francisco Segura, director of the country’s Judicial Investigation Agency (OIJ), which has a division dedicated to investigating money laundering. “This money generally is invested here and the profits are sent to Panama.”

Costa Rican officials have said hotels are becoming a preferred method for narco-traffickers to launder money. The diverse and eco-tourism-rich country attracts more than two million visitors a year, according to the Costa Rican Tourism Board.

Some hotels – particularly those in heavily visited areas – have reported high earnings but low occupancy rates, leading investigators to investigate whether illicit funds are flowing through those establishments.

Meanwhile, Costa Ricans speculate that new buildings and other developments are being used to launder money.

However, money laundering is notoriously difficult to prove.

“Proceeds generated by crimes such as fraud, theft and drug trafficking are made to look as if they were the fruits of honest activities – transformed, for instance, into legitimate-looking bank accounts, real estate, or luxury goods,” the International Monetary Fund said in a December report. “They often exploit … vulnerabilities in financial systems that allow for an inappropriate level of anonymity and nontransparency in the execution of financial transactions.”

Part of the difficulty in proving whether transactions are being fueled with illicit proceeds stems from the lack of transparency in financial markets.

Reynaldo Velásquez, chief of the OIJ’s money-laundering unit, told reporters in January Costa Rica is a “paradise for money laundering,” as evidenced by a boon in the real estate industry along the coasts fueled by money of “unknown origins.”

Velásquez said he’s seen a rise in Euros being used in financial transactions.

“We are beginning to see a lot of Euros coming into our economy, which is not very common, but we are seeing a big flow of Euros, and … where do these Euros come from? Who deals in Euros here?” he added.

Velásquez said money launderers are known for paying for real estate and vehicles in cash. They also make frequent deposits of less than US$10,000 or have their associates make deposits into several accounts to make the money look as though it has been obtained through legal businesses transactions.

The organization ranked Costa Rica 41st among the 73 countries it surveyed, with Switzerland ranked as the most secretive country. Among Central American countries, only Panama was more secretive, according to the survey.

The organization said Costa Rica must do more to make its systems more transparent, including requiring company ownership be part of the public record, and sharing more information with other countries.

The country has made strides in combating the scourge by signing on to international transparency treaties and complying – partly – with anti-money laundering standards of the inter-governmental Financial Action Task Force.

Authorities said the measures are aimed at combating money laundering.

Public Security Minister Mario Zamora told reporters that authorities would be able to see “who does what in the banking system.”

By Ezra Fieser. This article was first published in Infosurhoy.com