Costa Rica’s fast food restaurant franchisee, Subway, is the second company to have compliants filed against it to the Supreme Electoral Tribunal (TSE) – elections tribunal – for meddling in the presidential elections.

According to the TSE’s Héctor Fernández, the complaints are being analyzed to determine is an investigation is warranted. If found guilty, Perera faces up to six years in prison for violating Article 279 of the Electoral Code, which punishes anyone who coerces, induces, threatens or retaliates against employees for voting a certain way.

The company issued a statement Monday saying that “there was a misuse of company email to express a personal opinion”. Subway’s marketing manager, Natalia Castro, said the opinion expressed in the email are “personal and in no way are the official position of the Costa Rica Subway”. 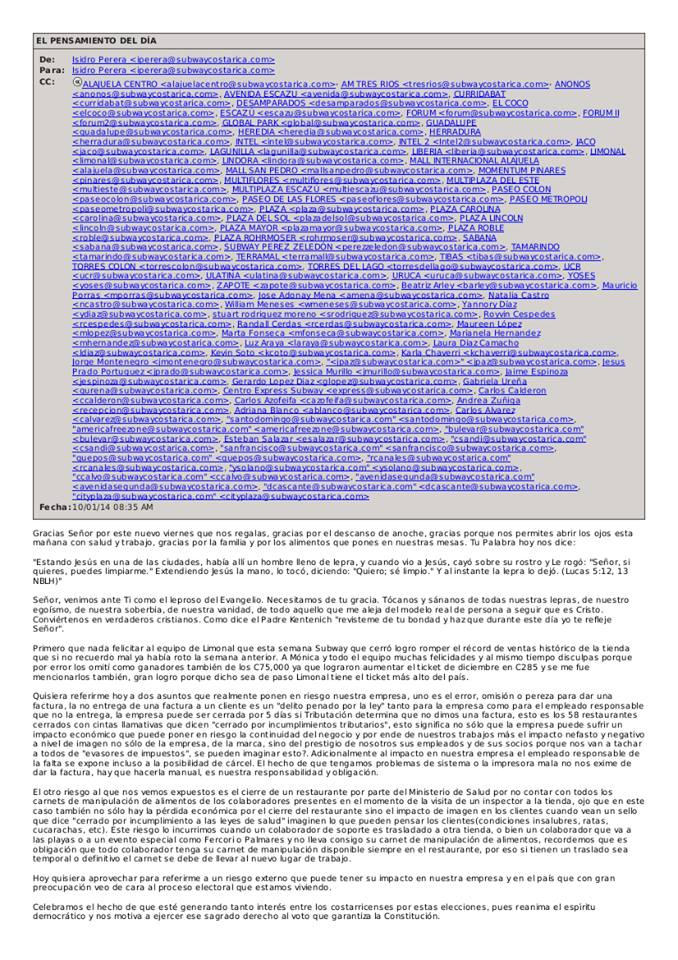 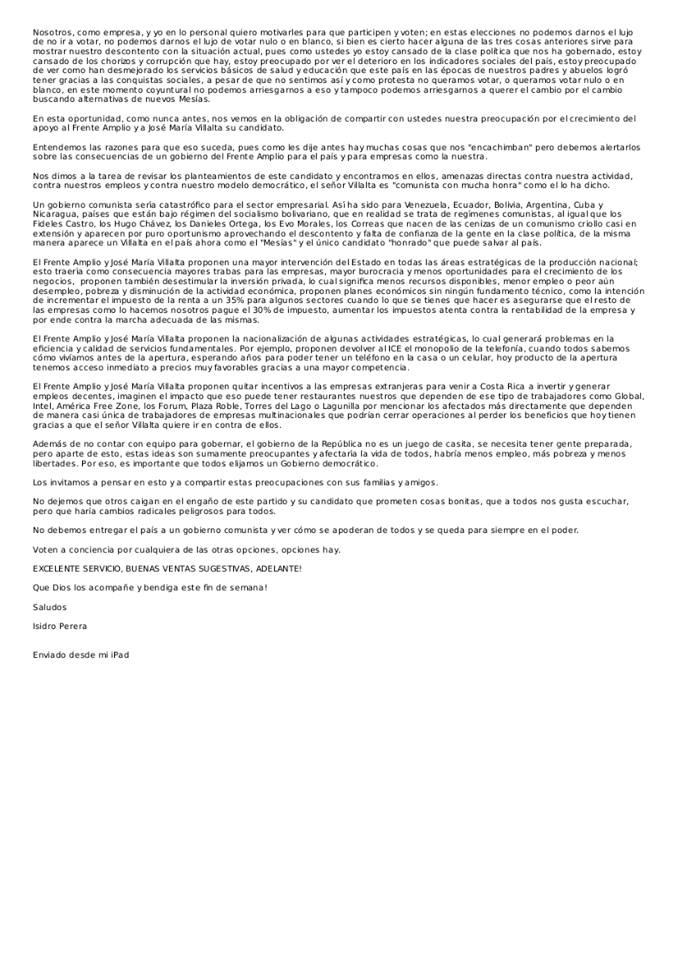