Costa Rica is that the centre of expansion for many Indian IT firms who are looking for alternative ways to serve their primary market, the United States. 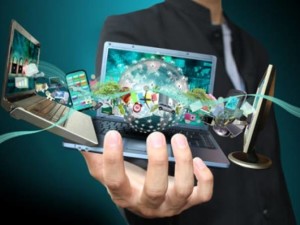 nIT firms like Infosys, Cognizant and CSS Corp established themselves in Costa Rica this year, and are expanding their workforce here.

Costa Rica ranks among top five global services locations in the Americas, according to a report by A T Kearney, a consultancy firm. Such is the growth story that 80% of new delivery centres set up in Latin America in 2012 were in Costa Rica.

In the past decade, Costa Rica has gone through rapid changes in the last decade to attract investments from some of the biggest corporate names like Intel, Procter & Gamble (P&G) and GlaxoSmithKline. Service providers follow their clients. For example, Infosys went to Costa Rica to serve P&G and has more than 100 employees.

“A centre in Costa Rica is a great alternative to a site in the US. Taking cost of overall operations into account, it is cheaper by 15-20% in Costa Rica compared to the US,” said T G Ramesh, CEO of CSS Corp. “It falls in the same time zone as the US. It also offers ease in travelling with a US national needing no visa.” The country offers more than 120 flights globally daily, with great connectivity to the US.

Another plus point is that Costa Rica produces more than 45,000 graduates a year, which is expected to increase to 60,000 by 2017. A clear advantage is the multilingual skills, predominantly English and Spanish, are widespread.

Costa Rica is also home to a number of delivery and support centres in as many as 15 languages which also include German, French, Japanese, Dutch, Polish, Finnish, Italian, Russian, Farsi, and Mandarin, among others. To add to its advantages, Costa Rica has the highest English proficiency in Latin America.

Originally, it was primarily looked as a call centre destination but with highly skilled workforce available at a cheaper cost, a lot of IT work has been moving in.

“There are no red tapes and pretty much no corruption. Government is also focusing heavily on skilling the workforce which is a critical parameter for IT services firms,” said Ramesh. “We currently have 60 people but we are expanding and will soon reach 200.”

QCOSTARICA - The Daniel Ortega government sent its ambassador to Costa Rica, Duilio Hernández, as its representative to the summit of Central American presidents...
Trends