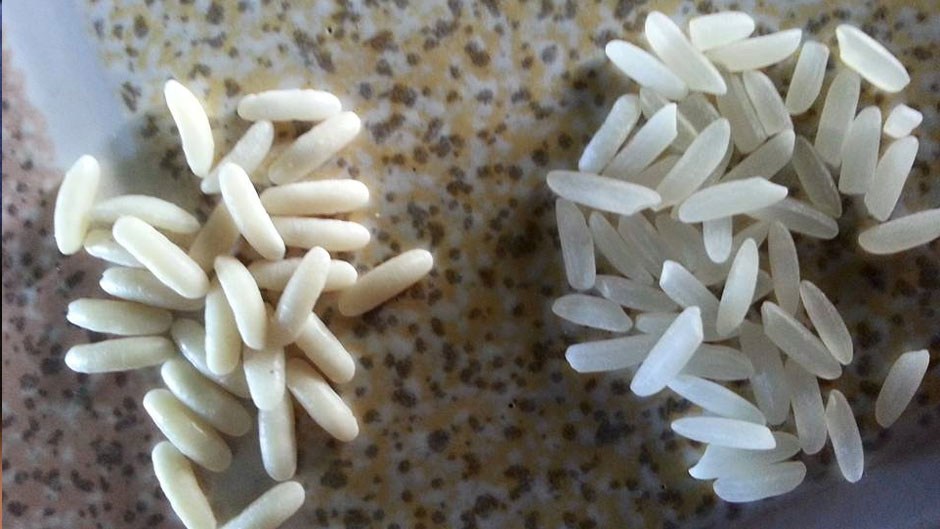 QCOSTARICA – News about fake rice in Costa Rica has been circulating on social media sites. In his Facebook post, Mauro Alvarees, includes several photographs of alleged fake rice mixed in with real rice by Tio Pelon. Another Facebook poster, Maye Campos, claims she found face rice in the bag of “cheap rice” she purchased at a Chinese super (supermarket). 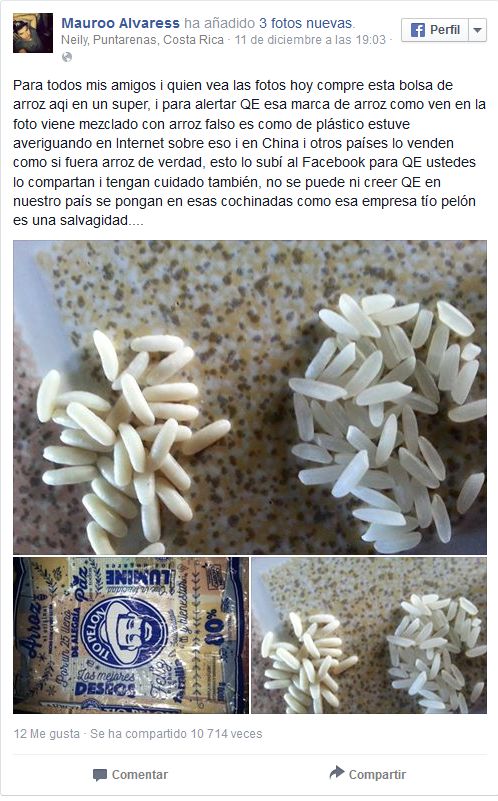 The situation has prompted the company to issue a public statement, assuring that its product does not include fake rice. In the statement, the company adds a link to the agriculture ministry circular.

TIO PELON say that since 2001 the Ministry of Health requires that in Costa Rica rice is fortified with micronutrients, bringing health benefits to the health of the population; therefore TIO PELON rice fortifies rice using the most modern and effective processes in the industry, adding small amounts of vitamin to each bag of rice.

The company says that the rice grains with vitamins based on regulations changes slightly in colour and shape, though keeping intact its natural characteristics. 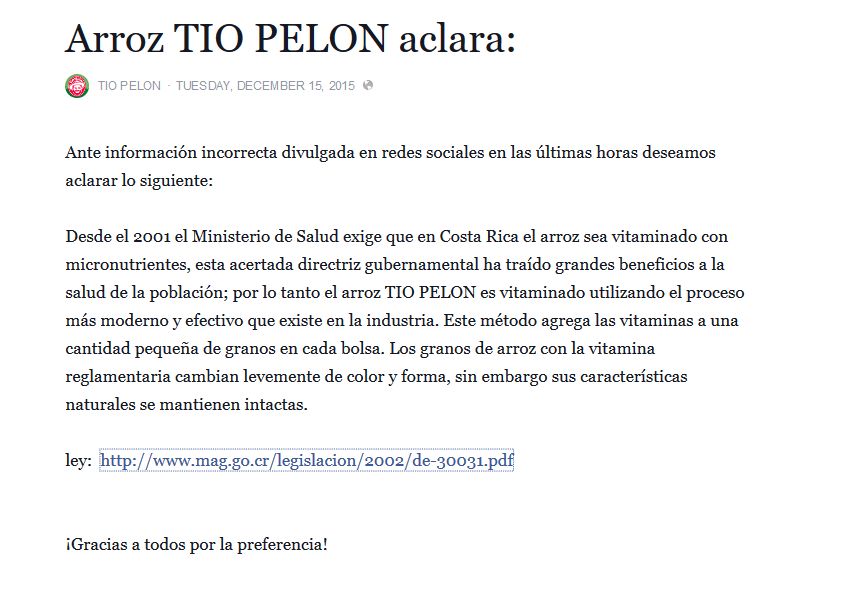 So, according to the company, in Costa Rica all rice is fortified but none is false, synthetic or plastic.

Despite the clarification, many ask if the company is telling the truth.

According to weredblog.com, the news about fake rice originated in Taiyuan, Shaanxi Province, China where resin (a sticky organic substance from some plants and trees) is reportedly common. The fake grains were made of mixed potatoes and industrial synthetic resin which can be deadly if eaten on a daily basis. 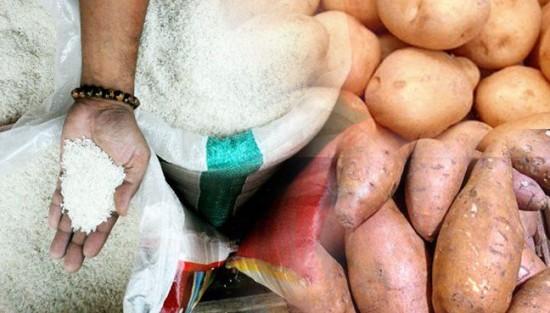 However, Health experts are warning people that these plastic grains can cause harm to the digestive system if consumed. A Chinese Restaurant Association official said that eating three bowls of this fake rice is equal to one plastic bag being consumed.

To make the matter worst, the difference between a fake and natural rice is quite hard to tell when raw.

The only way to distinguished plastic rice is by cooking it as it remains hard and is difficult to digest. “One publication explained that soup cooked with plastic rice will form a plastic film over the top, which burns when heated.” according to oddity central.