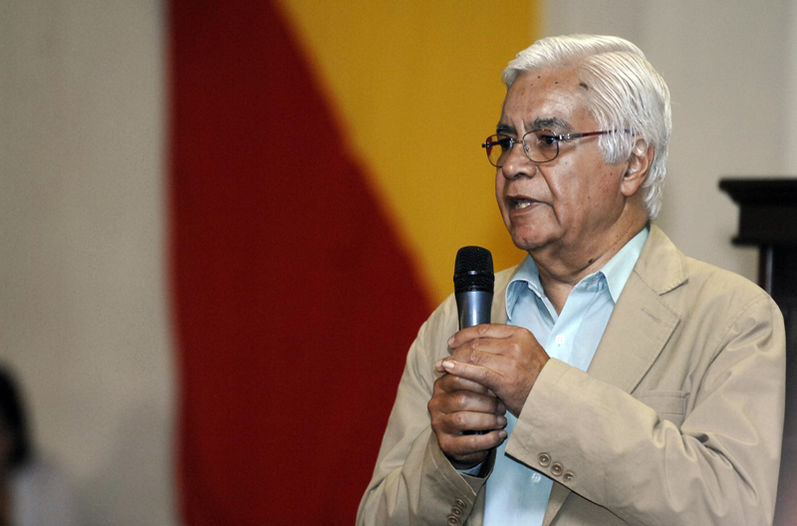 QCOSTARICA – Speaking from the heart has cost the Costa Rican ambassador to Venezuela, Federico Picado Gómez, his job.

Last week Picado gave his personal opinion on the internal politics of Venezuela, contrary to the government position.

Wednesday afternoon, Costa Rica’s Foreign Minister, Manuel Gonzalez, announced the dismissal of Picado, who had been on the job for only two months.

Gonzalez said Picado violated Articl 11, paragraph 21, of the regulations governing foreign service that prohibits diplomats issuing “judgments in a personal capacity, through media on topics related to their work, or international policy or internal affairs of the receiving State, which may compromise their country, without the express permission of superiors”.

The Chancellor stressed that the personal opinions issued by the diplomat in an interview published Sunday in La Nacion, “affect” and “create confusion” about the position of Costa Rica about the internal situation in Venezuela.

“Speaking on matters of foreign policy, without proper coordination with the Foreign Ministry, may expose the country to uncomfortable situations, and for that reason and by virtue of that failure we made the decision (to dismiss),” said the Chancellor.

Picado had told reporters that Venezuela has “free transit” for journalistic work and found a different country than that portrayed in the media overseas.

He also said the shortages of goods are due in part to actions of “big business” with the intention of destabilizing the government of President Nicolas Maduro.

The outgoing ambassador also publicly supported the authority obtained by Maduro to create laws by decree for nine months after President Barack Obama called the situation in Venezuela as a “threat” to security and foreign policy of the United States.

Picado’s dismissal is effective on April 1.

In then ten months of the Solís administration, Picado is the third ambassador to be dismissed. At the end of January of this year, the Costa Rica ambassadors to Bolivia and South Korea, Patricia Gómez and Roberto Zamora, respectively, were relieved of their duties after posting personal comments on their Facebook pages on the Attorney General, Ana Lorena Brenes, situation.

- Advertisement -
Paying the bills
Previous articlePresident Solís Will Vacation Semana Santa In The U.S.
Next articleVulcanologist Erupts At Gag Order