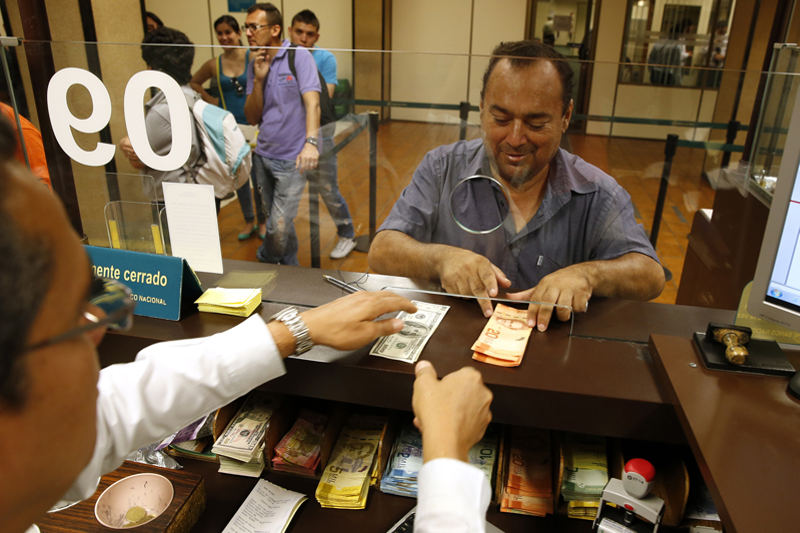 (QCOSTARICA) Costa Rica’s export sector wants to regain competitiveness through devaluation of the colon, but the Central Bank insists that the exchange rate is at the right level.

An article in Nacion.com reports on the pressure put on authorities at the BCCR by exporters, to devalue the local currency which would increase the competitiveness of Costa Rican exports, which in the past year fell by one billion dollars.

The leaders of the BCCR responded to these pressures with the same argument it has expressed since taking office at the beginning of the present administration of President Solis Rivera: the exchange rate is set by the market, limiting the monetary authority to necessary interventions – buying or selling dollars to prevent artificial fluctuations.

Olivier Castro, president of the BCCR, reiterated that “… The exchange rate has a level that is appropriate given the economic conditions now facing the economy. ” In this sense analysts highlighted dollar inflows coming into the market from various sources, including government bond issues abroad.