The closing of the manufacturing plant in Costa Rica by Intel forces the country to rethink its business strategy with China.

According to a report by La Nacion, the Ministerio de Comercio Exterior (Comex) – Ministry of Foreign Trade – is reported working on adjusting export targets following the Intel decision.

“We are working on the processes that lead us to redefine the elements of the export target from this new reality,” Alexander Mora, the Minister of Foreign Trade, told the Spanish language daily.

Comex is not planning on being a substitute for high technology exports to Asia, but aims to boost other sectors, mostly foods, like banana, beef and dairy products and increase exports of hides. 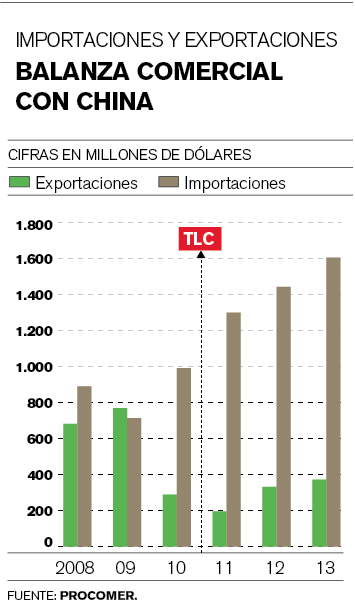 Of concern is that in the past three years since the Free Trade Agreement (FTA) – Tratado de Libre Comercio (TLC), in Spanish – with the United States the increase of imports has exceeded that of exports.

Today, Intel is the Costa Rica’s largest exporter to China, mainly of integrated circuits and electrical equipment, that in the past decade have been the top sellers to the Asian giant.

Although authorities do not breakdown exports by company, there is no doubt that Intel represents the vast majority of exports of those products to China.

Electrical equipment takes second place in exports to China, followed by hides, copper scrap and prepared or preserved citrus fruits. But the volume is small in comparison to integrated circuits.

In 2013, electrical equipment accounted for only 3.9% of total sales to China.

However, that does mean that these companies have their sights on or the will to enter Asian markets.

Business leaders say that exporting to China is not an easy task or does it envision any results in the short or medium term.