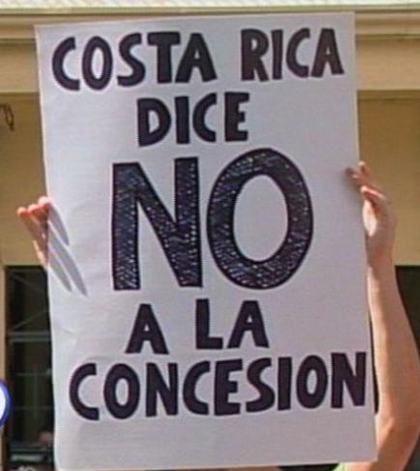 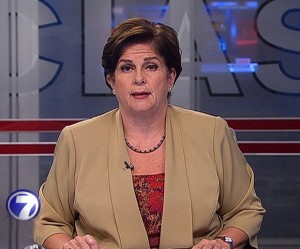 Cisneros told her noon television news audience, “Blind, because they do not want to see that the concession does not hold up to scrutiny from any point of view.

Economically, there is no justification for the almost one million colones (US$2.000 dollars) a year to travel to and from San Ramón, Palmares, Sarchi and Grecia, for example, to San José.”

In the last week, residents against the concession have been extremely vocal, including taking advantage of the April 11 celebration where the Presidenta’s security kept her away from the crowds. During the event celebrating Costa Rica’s hero, Juan Santamaria, police skirmished with protestors in the Juan Santamaria park in Alajuela.

“Deaf, because they do not want to hear the cry of the people disgusted and fed up with the crumbas in exchange for a high price”, said Cisneros.

The peaceful celebration of Thursday had many a parent concerned about the safety of their children taking part in traditional April 11 parades, as they heard screams of disagreement by protesters and witnessed shoving matches with police on duty to protect the Presidenta and her Transport minister, Pedro Castro.

“Dumb, because the Presidennta does not talk, explain, nor provide convincing arguments justifying the concession. Dumb, probably because there are no arguments to justify handing over the Interamericana highway to a private company for thirty years, who will collect abusive tolls and give back little benefit. Dumb, faced with opposition within her own party – the party president and the 2014 presidential candidate – the Defensora de los Habitantes, and of course, the people”, continued Cisneros in her opinion piece.

One of the points being reiterated by the Presidenta and the Transport Minister is that it would now cost the government – and thus the people – millions to cancel the contract with the Brazilian company, OAS, that was awarded the contract.

Earlier in the morning television news broadcast, Telenoticias provided a live interview with Alberto Rodríguez, a lawyer whose specialty is administrative law. Minister Castro had been invited, according to Ginez Rodriguez, doing the morning news telecast, but refused to attend, saying he needed the time to prepare for a meeting later in the morning with the protest group.

The meeting never took place, the protesters refusing to attend such a meeting called on Thursday by the government.

Lawyer Rodriguez was emphatic that the concession contract can be annulled and it won’t cost the country and the people not one single colon.

The lawyer said Article 36 of the Ley de Concessiones (Concession Law) allows the government to annull a contract if there have been express or implied violations of civic service law.

“This concession contains more than the obvious defects, the law allows it nullification”, said Rodriguez. 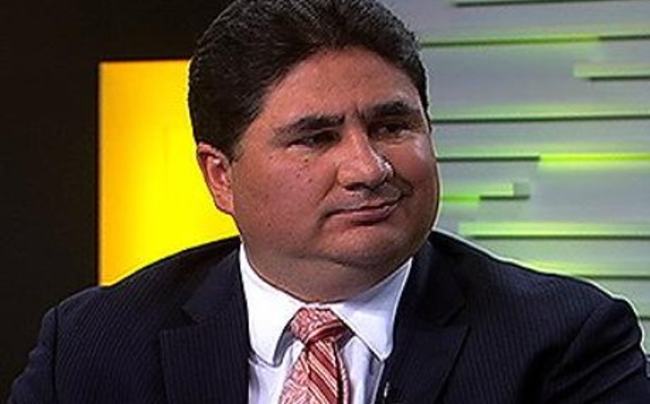 Trasnport Minister Pedro Castro who was an adviser to OAS prior to becoming minister, assures he had no
influence in the awarding of the concession contract

The expert explained that if OAS were to take a breach of contract suit to an international body of law it wouldn’t stand a chance. According to the lawyer, if the contract had been with a Costa Rican company, there might be a challenge, but in this case, it involves the handing over of a national property to a foreign private company based on a contract with many severe violations.

One point, for example, explained by Rodriguez is that the Ley de Concessiones requires the existence of an alternate route to a concession road.

In the case of the Interamericana, “it is the alternate” to the San José – Caldera, to San Ramón and the Pacific coas.
If the autopistas General Cañas (San José to the airport) and the Bernardo Soto (the airport to San Ramón) are under concession, and thus subject to private tolls, users do not have an alternate. 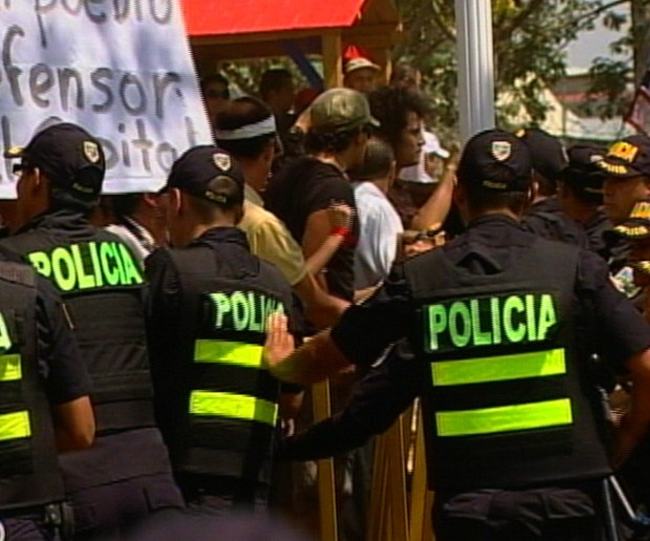 Rodriguez explained, that under the law, the Monte del Aguacate (old road to Jacó) and the “back roads” through Alajuela cannot be considered alternates for they do not “enable traffic flow expeditiously and reasonably and that can be used by citizens in normal traffic and without resorting to pay tolls”.

The controversy over the San José – San Ramón concession could further see the deterioration of the image of Presidenta Chinchilla, this days before she is to host the Sistema de la Integración Centroamericana (SICA) which will be attended by U.S. President Barack Obama and the presidents of Central America.