Costa Rica in a tough battle against dengue 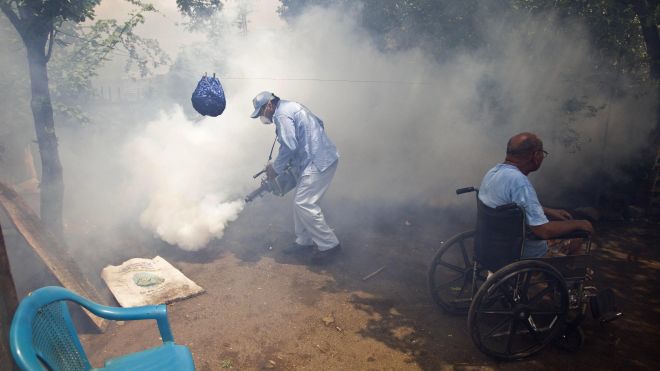 The Costa Rican Ministry of Health announced in late December it will increase its dengue prevention measures nationwide in 2014. In 2013, 52,247 cases of dengue were registered, 27,000 cases more than in 2012, costing the country about $416 million colones (US$816,000) in disability payments, according to the Costa Rican Social Security Fund (CCSS). 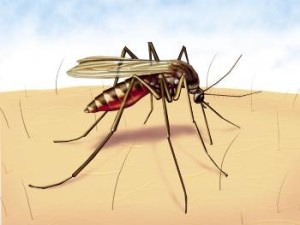 “The increase in cases may be due to the re-entry into the country of serotype 3 of the virus, which had not been detected here for a decade,” said Catalina Ramírez, an official with the CCSS Epidemiological Surveillance Unit.

The symptoms of dengue are high fever, massive headaches and bodily pain. The symptoms are the same for dengue hemorrhagic, which is more deadly because it can cause internal bleeding, according to the World Health Organization (WHO).

Dengue is a disease caused by a virus transmitted by the Aedes aegypti mosquito. The virus is transmitted after the mosquito has fed on the blood of a person infected with it before the insect bites a healthy individual, according to the Ministry of Health.

The mosquitoes that transmit the virus usually lay their eggs in standing water, leading health officials to warn the public against leaving things with uncovered water.

“[From January to April] we’ll conduct a prevention campaign. We will visit houses and businesses and we’ll run an awareness campaign in the media,” said Ileana Herrera, head of the Ministry of Health’s Directorate General of Health. “Sometimes, in the dry season (from December to April), certain places receive very little water and they store water in jars and other containers – and that’s what we’re going to be focusing on.”

In 2013, the Ministry of Health invested US$6 million in counter-dengue spraying initiatives nationwide. Despite this effort, the number of infections broke 2005’s record of 37,798 cases.

“Right now, there’s a major outbreak in Panama, in areas along the border with Costa Rica, such as Bocas del Toro, Chiriquí, Guna Yala and San Miguelito,” Xiomara Badilla, the head of CCSS’ Epidemiological Surveillance Unit, said. “We’re strengthening our community activities to eliminate the breeding risks in these communities.”

In addition to the common strains of dengue, a group of researchers from Costa Rica’s four state universities discovered the existence of a sylvatic strain of the virus among monkeys.

“The results indicate that in the areas where [the monkeys] live, there is a sylvatic strain of dengue,” said Gaby Dolz, the coordinator of the Entomology Laboratory at the National University (UNA), who participated in the study. “Mosquitoes in these areas are transmitting the virus to monkeys, and it’s likely that these same mosquitoes could transmit the virus to people who enter into these jungle regions.”

The research’s goal was to study infectious agents that might be affecting the country’s monkeys, given that the populations of the four species of primates in Costa Rica have suffered a drastic reduction, though the number of deaths and causes remain unknown, Dolz said.

Dolz pointed out the sylvatic strains must be taken into account when developing a vaccine, as immunizations that may be available for the common strains in urban areas wouldn’t prevent a dengue outbreak in jungle communities.

The Ministry of Health said initiatives will be carried out in every community nationwide.

Health officials are asking the population to take the following measures to help prevent the spread of the dengue-transmitting mosquito:

To assist in this effort, used tires are being collected, as they frequently serve as breeding grounds for dengue-carrying mosquitoes.

“Each family must ensure that their homes and the surrounding areas are free of breeding grounds,” Health Minister Daisy Corrales said.

QCOSTARICA - Clandestine or 'underground' parties have been going...
National