Costa Rica is Getting More and More Expensive 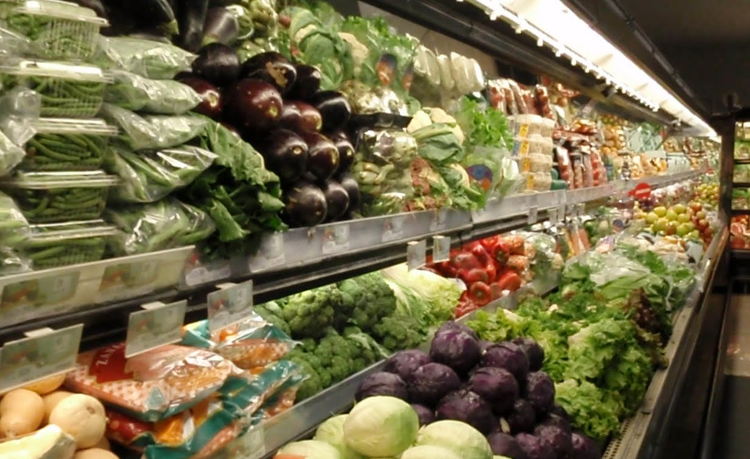 COSTA RICA STAR – Is it more expensive to live in Costa Rica than in Mexico, Peru or Venezuela? A recent report by national TV network Teletica interviewed three well-traveled expats who are certainly not feeling the Pura Vida when it comes to their personal finances, and their stories confirm the ongoing trend of skyrocketing prices in consumer goods and services.

A cursory look into the situation reveals that merchants in Costa Rica are pragmatically charging what the market will bear.

The cost of living in Costa Rica seems prohibitive to many people, in particular to North American expats on a fixed income and tourists of modest means. Still, the tourism industry is on track to attract close to four million visitors in 2014, and census statistics indicate that despite many Nicaraguan immigrants having been priced out of Costa Rica and returned home in recent years, the number of North American expats continues to grow.

In the aforementioned Teletica interview, a woman from Venezuela working for a major global corporation in San Jose explained that upon arriving here two years ago:

“Going to the supermarket really hit me. I used to calculate currency exchange from bolivars to dollars and to colones, but my husband told me to stop because it would frustrate me. The cost of living we had estimated upon arrival has gone up 100 percent.”

A Peruvian man whose job employer has sent him to work in Chile and the United States explained:

“On average, the cost of living here is higher than in those two countries.”

A Costa Rican woman who was sent abroad to the United States for an extended work assignment agreed with the two foreign workers above:

A Mexican employee of an international company saw his expenses climb 30 percent in just four months:

Getting a work assignment in Costa Rica used to be highly coveted since it affords a golden opportunity to get to know the country; alas, the same Mexican foreign employee found it too pricey:

“We were in Monteverde and thought it that $200 for a weekend trip was too much. We went to La Paz Waterfalls and they asked me: Are you a tourist? They charged me $35, but locals only pay $20 and they told much such was their policy.”

“This perception of Costa Rica becoming more expensive is a reality. Businesses have to deal with a weakening U.S. dollar [author’s note: The current situation actually favor the USD] but we pay in colones and must deal with inflation.”

Ms. Carter was questioned about a letter published in prominent national newspaper La Nacion, which was ostensibly penned by Mexican tourists who were shocked at paying $100 for dinner. The hotel manager responded that meals at her five-star lodge can cost even more than that:

“Diners can choose special side dishes and other meal enhancements that could make their table bills higher or lower than $100, it all depends on what each diner wants.”

What is it about Costa Rica that is making her so expensive. It turns out that people are essentially voting with their wallets; despite their alleged high pricing, resorts such as Tabacon are always busy. The same can be said of several luxury resorts in Guanacaste, and Tico families often take up several rooms. When it comes to commercial real estate development, the busiest segment belongs to construction projects for modern shopping centers and high-end tourist resorts.

The Teletica report closed with comments by Gustavo Araya, vice president of the National Chamber of Hotels:

“We have the highest salaries in Central America; they are sometimes on par with salaries paid in industrialized nations, but we also have certain obligations (such as to La Caja), and other rules that make Costa Rica expensive; for example, mandatory tipping that is factored into restaurant bills. Besides, lots of ingredients are imported and thus increase the cost of meals.”

Despite the relentless climb in the cost of living, there seems to be no mass exodus of expats or tourists from Costa Rica. There is some speculation that the inflationary trend will continue under the administration of President Elect Luis Guillermo Solis, although he has stated that he is not seeking to impose any new taxes but is very interested in enforcing revenue collection and looking for ways to assess certain fees on sectors that present high productivity such as tourism.