Costa Rica Lawmakers Looking For Ways To Get Around Law 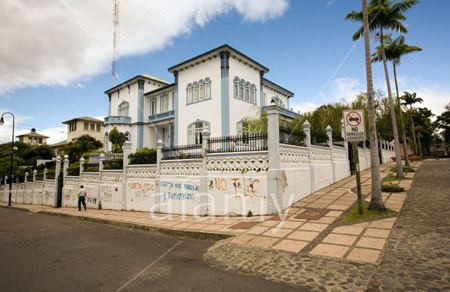 QCOSTARICA – The Legislative Assembly directorate, which has already done a number of controversial moves, is exploring a new one — trying to discover a way around the need for permits to construct a new chamber to replace its small but charming Mediterranean-style building after being denied its preferred site, (See Historical Agency Delays New Congress)

The top officials of congress sent the director of the buildings section of the Ministry of Public Works (MOPT), Luis Gonzalez, a letter asking if it were possible to grant congress an exemption. Already,the Legislative Assembly has been denied a scheme to build atop buildings protected as a national monument.

Executive Director of congress, Antonio Ayales, confirms that the letter was sent to MOPT and has been kicked upstairs to the Minister, Carlos Segnini. So far, no answer has been received from MOPT. Also involved in the decision is Banco de Costa Rica’s MOPT investment and trust section, Roy Benamburg.

Essentially, the top officials of congress led by its president, lawmaker Henry Mora, are trying to make an end run around the prohibition to alter national landmarks. If a private citizen were to try such a move, the answer would be a resounding, NO!” The lawmakers are bent on getting their shiny new building, whatever the cost.

The possibility that a law could be passed to allow the congress an exception. However this would mean a going through a long legislative process. The building would cost $76 million, be 170 meters long, 25 high and 17 wide. The plan was rejected by the Patrimonio (national monument watchdog agency) in February of 2014.

But lawmaker Lidia Jimenez of the Citizen Action Party (PAC), brings up another roadblock. She counts 15 lawmakers who do not like the design proposed. Nevertheless, congressional president Henry Mora assured the public that the new building would begin construction next March.

Today, Friday, June 11, only EVENS can circulate. The measure is countrywide and applied between 5:00 am and 9:00 pm, save for those under the...
Entertainment