Venezuelan politicians of the Constituent Assembly of that country, who would take part in the meeting Congress were denied diplomatic preferential courtesy on arrival at the San Jose airport 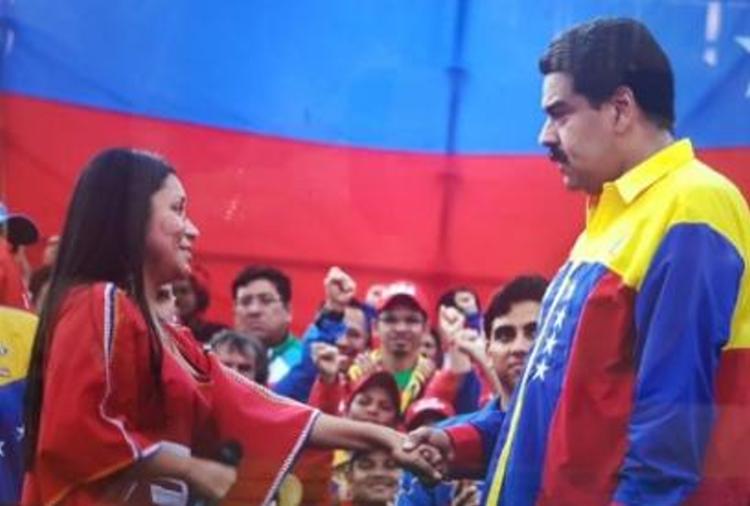 The President of the Legislative Assembly, Gonzalo Ramirez, at 2:35 pm Thursday announced the Congress canceled the permission for a meeting to be held in the Former Presidents Hall in which deputies of the Constituent Assembly of Venezuela would participate on Friday.

In addition, in a legislative session vote, most Costa Rica lawmakers, with the exception of four of the Frente Amplio party and one independent, declared the Venezuelans ‘non grata’ (literally meaning “an unwelcome person”),

Ramirez argued for security concerns because Congress does not have the resources to cover the overtime of security personnel needed for the event, although Frente Amplio legislator Ligia Fallas, one of the organizers of the activity, had offered to pay for overtime.

The legislative president claimed that a lot of staff is required for an activity that expected some 100 people, between 1:00 pm and 6:00 pm.

Upset, legislator Fallas called the decision discriminatory. “We are taking action in the legal framework of Costa Rica. It is extremely embarrassing to take these actions, to make motions for denying democratic action in the house of democracy,” said the legislator.

When asked if she supported a constituent accused of establishing a dictatorship, Fallas replied: “The issue is to clarify the situation. The Bolivarian Government of Venezuela is democratically elected, with an assembly legitimized by the constitution. A dialogue in which all parties are invited”.

Among the Venezuelan politicians who had intended to come to the country at the request of Ligia Fallas, are the deputy of the National Constituent Assembly of Venezuelan President Nicolás Maduro and a senior official of the Ministry of Foreign Affairs of that country, Aloha Núñez Gutiérrez and Héctor Muñoz, respectively, and who the Costa Rican Foreign Ministry refused to give them preferential treatment on arrival at the airport Juan Santamaría.

In her Twitter profile, Aloha Núñez Gutiérrez describes herself as: “Indigenous of the Wayuu people, always loyal to the revolution, daughter of Chavez, sister of Nicolás Maduro.”

In addition, La Nacion reports the Foreign Ministry rejected the request made by the Venezuelan Embassy in San José for the delegation to use the Diplomatic Hall at Juan Santamaría (San Jose ) airport and enjoy expeditious immigration procedures.

Both the government of Luis Guillermo Solis and the majority of deputies that make up the Costa Rican Legislature do not recognize and have labeled as illegitimate the Constituent Assembly of Maduro, which supplanted the functions of the National Assembly of Venezuela, where the opposition had a majority.