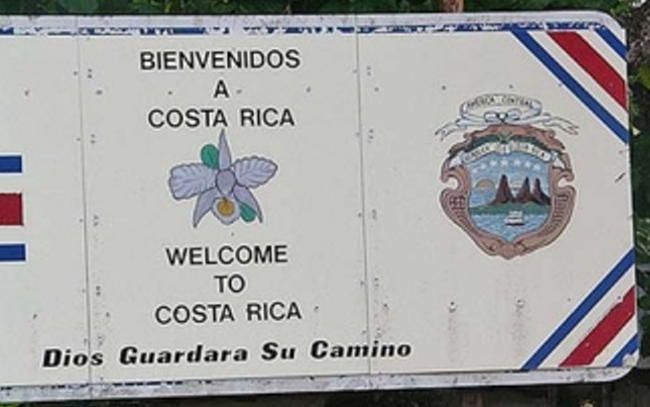 Costa Rica is ill equipped to prevent its growing importance as a major drug smuggling corridor, according to the US, even as Mexican trafficking groups expand their operations throughout Central America.

“Our geography has us imprisoned,” President Laura Chinchilla told the Wall Street Journal, referring to Costa Rica’s position between South American’s cocaine-producing nations and the principal drugs market of the United States. The government cannot match the “power and stealth” of the Mexican cartels, said the paper, of which the Sinaloa Cartel is believed to be the greatest threat.

According to the US State Department’s 2013 International Narcotics Control Strategy Report, Costa Rica has “inadequate resources” to tackle the rising tide of transnational crime, an issue highlighted by the WSJ’s trip to Peñas Blancas, a border crossing with Nicaragua.

Facilities are described as outdated, understaffed, and poorly equipped, with one “rickety wooden rain shelter,” staffed by just one person, responsible for dealing with the thousands of people crossing by foot each day. “It’s very rustic, it’s old,” said a police anti-narcotics official. “It makes [the work] more difficult. We don’t have enough teams.”

Officials said that it is difficult to combat the changing methods used by drug traffickers, which include carrying smaller, less conspicuous amounts of cocaine and finding alternative, less-policed routes.

A lack of effective border patrolling was an issue also noted by the US report, alongside a vulnerable coastline.

As drug routes have shifted from the Caribbean into Central America, Costa Rica has gained increasing importance as a drug transshipment point, as investigated by InSight Crime. Cocaine is now reportedly trafficked to 39 destinations from Costa Rica, with seizures nearly doubling between 2011 and 2012 — almost all connected to Mexico’s Sinaloa Cartel. In 2012, the Costa Rican Drug Institute (ICD) also stated that the Gulf Cartel and the Zetas have a presence in the country, along with the Colombian business partners of these organizations.

In addition, local drug demand is being spurred by the tourism industry, which attracts high numbers of American and European consumers, as noted in a 2011 article by the Council on Hemispheric Affairs.

In the face of this, Presidenta Laura Chinchilla has emphasized security as a government priority, highlighting as achievements a decrease in homicide and crime rates since 2010, when her administration took office.

The presidenat has met also certain security goals, including increasing the police force by 880 officers, constructing a new Coast Guard post on the Caribbean, and putting over US$1 million towards improvements at the Peñas Blancas crossing.

A February Associated Press article highlighted increased security collaboration with the US, which reportedly spent over US$18.4 million in security assistance to Costa Rica in 2012.

QCOSTARICA - Almost ¢140 billion colones (US$227 million dollars) is the amount the MECO construction company was able to snare for public works contracts...
Redaqted