(QCOSTARICA) A bill proposes banning for 25 years the development of hydroelectric projects and concessions for extraction of mineral materials in the course of the Naranjo River in Puntarenas.

Legislators who proposed the bill argue that it is necessary to establish this prohibition due to the damage and contamination observed in the Manuel Antonio National Park due to the “… indiscriminate exploitation of the Naranjo River.”

Elmundo.cr reports that “…The bill envisages the creation of a tourist circuit in the basin of the Naranjo River, ranging from Tarrazu, in the canton of Dota and going up to the canton of Quepos, for which the State will prioritize the development of infrastructure, utilities and roads in the area. ”

The bill, submitted “is based on an indiscriminate exploitation of the Rio Naranjo has an unfortunate impact on wetlands, mangroves, flora, fauna, marine corals National Park, with the arrival of large amounts of sediment to the lower part of the basin, ” said the Partido Unidad Social Cristiana (PUSC) party in a press release.

“It is our duty to protect the Manuel Antonio National Park and we must integrate the communities of the upper part of the basin, both in terms of responsibilities to protect, as well as in terms of the benefits of tourism,” said legislator Gerardo Vargas Rojas.

It is estimated that more than 40,000 people curently depend on the influx of tourists to Manuel Antonio park (in the province of Puntarenas). 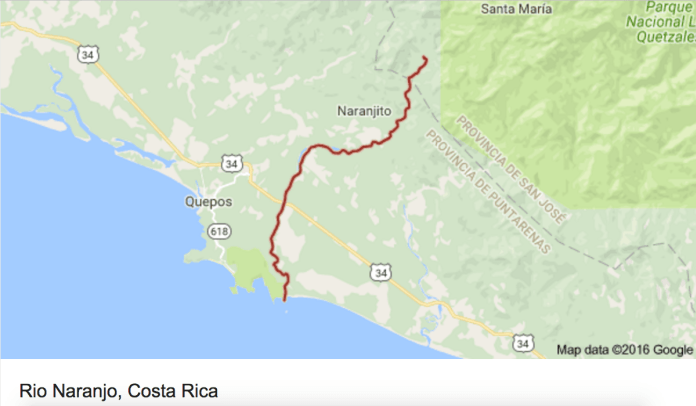 The bill seeks to create a tourist circuit in the basin of the Naranjo River, ranging from Tarrazu, the canton of Dota and to the canton of Quepos, for which the State will prioritize the development of infrastructure, utilities and roads in the area.