Diagnostic tests indicated that it was another type of virus. Costa Ricais prepared to face an eventual or eventual cases of 2019-nCoV. 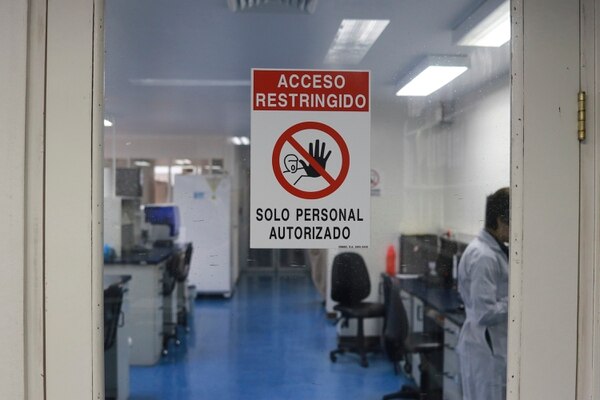 The Caja Costarricense de Seguro Social (CCSS) – Costa Rican Social Security – said Monday afternoon that six engineers who were in a training course in China and returned to the country with respiratory symptoms were not carrying the new coronavirus 2019-nCoV.

“This weekend we were alerted through 911, they were tested and found that they did not have that virus,” said Xiomara Badilla, head of Epidemiology at CCSS.

Although Costa Rica does not have the diagnostic capacity for the timely test to detect the new virus and must be sent outside the country, there are diagnostic tests for other respiratory viruses and these are also performed in cases of respiratory infections.

The six did test positive cases in these other tests.

In this way, the 2019-nCoV was completely ruled out and it was determined that the cause of their respiratory disease was different.

“We have no suspicious cases,” said Mario Ruiz Cubillo, medical manager of the CCSS.

The six are receiving medical attention based on their symptoms and health status. Not everyone had symptoms and none were in Wuhan, China (where the virus emerged), so they didn’t even qualify as strictly suspicious cases.

For a person to be determined as a suspicious case, they must meet several requirements.

According to the National Guidelines for Surveillance of Infection with Coronavirus 2019-nCoV, the first requirement is to have a severe acute respiratory infection (ARI). This is characterized by a fever greater than or equal to 38 ° C (100 F), sore throat or cough, dyspnea (respiratory distress), which has appeared in the last ten days and is in need of hospitalization.

That said, not all ARIs raise suspicion of 2019-nCoV. For this, the person had to have a history of travel or residence in Wuhan and have been there at least 14 days or less before the symptoms began.

There are other people who could also qualify as suspects, those who have fever, cough and respiratory distress, even if it is not serious, but who have been in close physical contact with a person with 2019-nCoV, or who would have been in a center of health in a country where cases have been reported.

“Each patient is treated individually. Each person will develop their own symptoms and, based on how it develops, attention will be given,”  said Marco Boza, an Intensive Care specialist at Hospital Calderón Guardia and who is part of the committee that works on care protocols.

The CCSS Operations Coordination Center (CCO) has already been activated.

“Being active does not mean that we are in an emergency, what it means is that we are pending information from other countries and we monitor the situation to act in a timely manner if cases occur,” said Daniel Quesada, director of the Center of CCSS Emergency and Disaster Care.

“We are ready to work. Already our three levels of care, from the Ebáis to the most specialized hospitals have previous experiences of how to coordinate in this type of cases, ”said the medical dire.

For Boza, the CCSS is prepared to face an eventual or eventual cases of 2019-nCoV.

- Advertisement -
Paying the bills
Previous articleHealth Ministry Readies For Possible Arrival of Coronavirus
Next articleLatin America and the Caribbean experience slight increase in unemployment, which could get worse in 2020