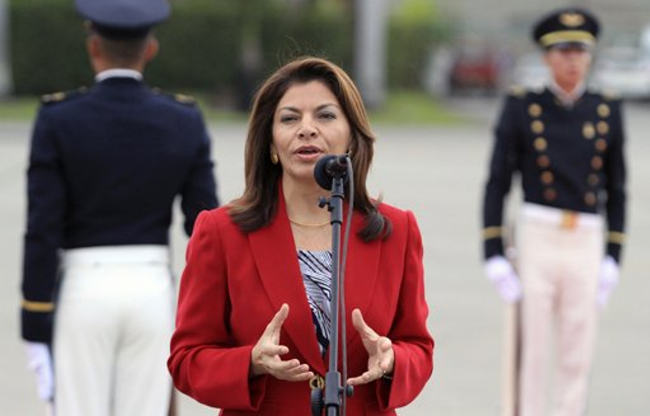 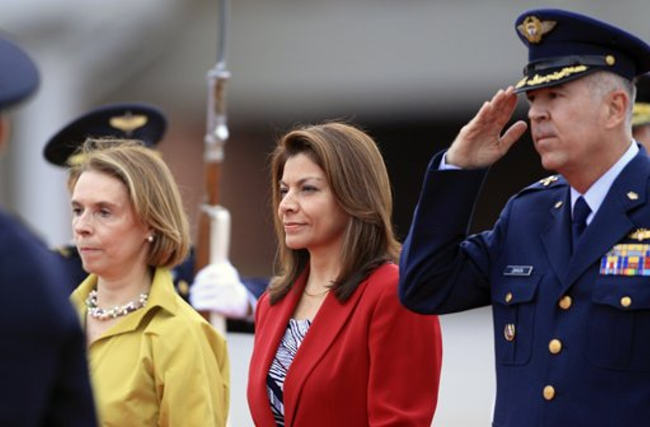 In Cali, Colombia for the Pacific Alliance summit, Presidenta Laura Chinchilla sign the bilateral free trade agreement with Colombia. The signing also means Costa Rica is now elegibel for membership to the trade bloc with Colombia, Mexico, Chile and Peru.

Presidenta Chinchilla arrived in Colombia on Wednesday ahead of the Pacific Alliance summit to meet with Colombian President Manuel santos to ink the deal that has been in the works for almost two years.

“We’re laying the foundation for an even better relationship between our countries”, Chinchilla said in a brief speech at the signing ceremony. “We share a vision that is increasingly solidifying in the region, which is the understanding that free trade is the motor of growth.”

In the trade deal 70% of the negotiated tariff items will be eliminated immediately, while the balance of tariffs will be phased in over the next three to fifteen years.

“The Pacific Alliance is the most important integration process that Latin America has undertaken in years”, said President Santos.

The summit brings together representings the countries of Latin America and the Caribbean and creates a trade bloc representing more than 200 million people.

Costa Rica, for the time being, is attending an observer. Presidenta Chinchilla has been lobbying the member countries, the only stumbling block to membership was the trade dealw with Colombia. Costa Rica already has in place trade deals with Mexico, Peru and Chile.

One importat note, in keeping with her promise last week after the “chorizo plane” scandal, the Presidenta flew a commercial airliner to Colombia, will get a “ride” to Ecuador on Chile’s presidential plane and fly back to Costa Rica commercially.