Based on our latest report, Costa Rica ranks 4th in the top 30 locations U.S. residents look up online when they think about buying a second home.

Costa Rica stands out as the 4th choice for American home buyers, falling 2 spots compared to 2015 when we launched a similar report and Costa Rica was 2nd.

Costa Rica is still recovering from the disaster caused by Tropical Storm Nate last October, but it has much to offer.

Here are the top 5 most looked-up Costa Rican destinations by Americans:

The research is based on U.S. users’ Google searches conducted from January 2017 to January 2018, using keywords regarding homes for sale abroad, in countries located in the Americas. These countries were ranked based on monthly search volume. 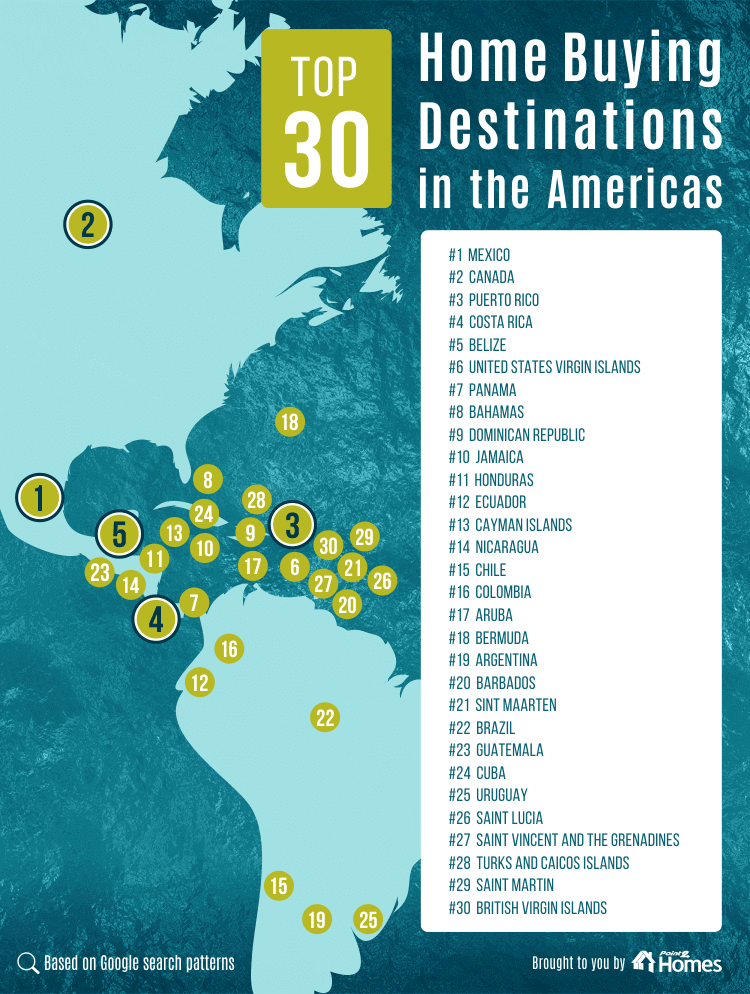 Costa Rica obtained 39,620 monthly searches from the United States. Here is the link to the full study, with extra details on all the 30 destinations.

For Canadians, Costa Rica stands out as the 3rd location when looking to buy a second home. To see the full Canadian perspective, click here.

QCostarica.com was not involved in the creation of the content. This article by Cristina Jisa was originally published on Point2homes.com. Read the original article.