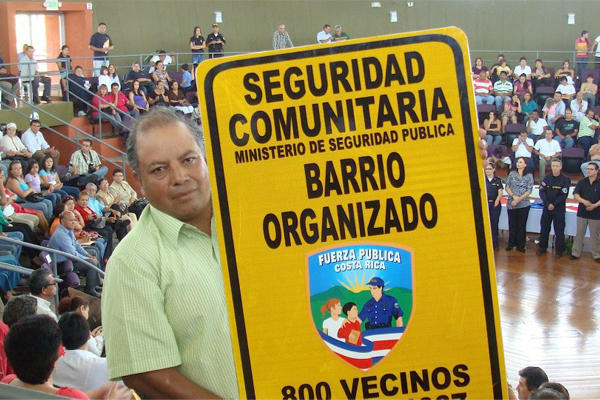 The Integrated System for the Improvement of Police Strategy (SIMEP) will change the way police operate in Costa Rica.

The Costa Rican government is investing in technology and greater citizen participation to combat crime.

That’s the aim of the Integrated System for the Improvement of Police Strategy (SIMEP), launched in September 2012 in the district of Tibás, north of the nation’s capital of San José.

The government expects to implement the second phase, which will cover most of the country’s seven provinces, by the end of the year, according to Public Safety Minister Mario Zamora.

“It will be a major transformation with regard to policing,” he said. “The idea is to take what’s happening in Tibás and apply it to the rest of the country.”

“With this approach, we have police working more closely with communities and we’ll have a new technological tool to provide a daily measure of crime rates, which will enable us to take immediate preventive action,” Zamora said.

Working in quadrants facilitates police work and allows communities to get to know their local officers, according to Iván Dumani, coordinator of the Public Force’s Preventive Policing Programs.

“The local residents know who enters and leaves the community, while the duty officer might not. That’s why communication between officers and neighborhood residents is so important. Everyone benefits,” he said. “When the police strengthen ties with the community, people can see that police work is complicated and police officers are not their enemy.”

The Ministry of Public Safety provides a variety of preventive security courses to communities, which is how it will implement SIMEP nationwide.

“The experience of being able to work with law enforcement agencies has been invaluable. We feel safer and more united as a community,” said Luis Sánchez from the town of Oreamuno de Cartago, who took part in the Business Security program offered by the Ministry of Public Safety’s Office of Preventive Programs.

By June 2013, police expect to have 20 mobile devices, with which officers will be able to report incidents from any of the 11 quadrants they patrol, according to Freddy Guillén, the police commander who oversees SIMEP.

“The US Embassy is providing us with [laptops] that will allow all police units to access databases and enter the work being done,” Guillén said.

The program will consolidate all data being generated by security agencies, Zamora said.

The Ministry of Public Safety also will implement a surveillance program during the second half of the year.

For example, in Tibás alone, 50 additional cameras will be distributed throughout the area, according to the local government.

SIMEP is being implemented in coordination with the United States Embassy and has been in the works for two years, according to Eric Nelson, the U.S. Embassy’s deputy chief of mission.

“We had to design an entire system of maps in a country without street numbers or street names,” he said.

SIMEP is based on a model developed by New York City in 1995, which substantially lowered crime rates and has been implemented in other major cities, such as Washington D.C., Los Angeles, Vancouver and Panama City.

“This model has generated a valuable new approach to organizing and managing police forces at a citywide and nationwide level,” Nelson said. “It motivates police forces to devote more of their time to their communities.”

As part of the agreement with the Ministry of Public Safety, the U.S. Embassy will provide up to 280 hours a month of technical assistance, as well as consultants, experts and computer equipment, for a total investment of about US$500,000.

With SIMEP, authorities expect to increase the transparency of their management and improve policing strategies using statistics provided by the system.

By Mario Garita for Infosurhoy.com