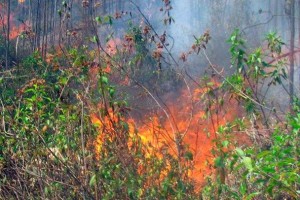 The Comisión de Incendios Forestales (Commission on Forest Fires) believes the lack of rainfall in the past two years could be the case of the sharp rise and as such is preparing for the 2014 season, that start this week.

Authorities say that half of the forest fires can be avoided.

Experts and the Bomberos de Costa Rica (fire department) are asking people to make use of fire responsibly.

With the joing work of some 500 SINAC officials and 800 volunteer forest fire fighters, the final details for the 2014 season are being planned out.

With the help of the weather and people playing their part  there is hope that this year the loss is much lower than previous years.