One of the MonoLoco company's sauces appears on the popular Hot Ones program, a presence that saved its owner from bankruptcy

(QCOSTARICA) “If it weren’t for the Hot Ones program, I think we would have closed months ago,” said Pablo Jiménez, owner of the MonoLoco hot sauce brand.

Hot Ones is a popular YouTube show produced by First We Feast and Complex Media and hosted by Sean Evans, with nearly 10 million subscribers.

The show interviews celebrities while they eat chicken wings that keep getting spicier.

This series has featured personalities such as Gordon Ramsay, Zac Efron, Justin Timberlake, Joseph Gordon-Levitt, Margot Robbie and Scarlett Johansson among others.

For this last season, the series decided to include a hot Costa Rican sauce called “Pierde Almas”, produced by Pablo Jiménez and his partner Paola Conejo, from the MonoLoco company, the same one that conquered the palate of Hollywood actor Matthew McConaughey. 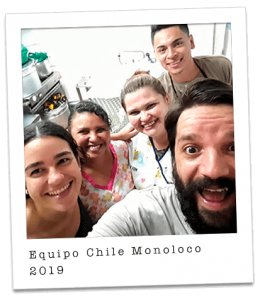 Pablo said that five years ago the program’s production sent them an email to explain that they were interested in trying MonoLoco’s sauces, but they never thought they wanted to include them among the options to give them to their guests to try.

“Five years ago I sent them two sauces of each and they didn’t respond to us again, they were totally lost. I wrote and wrote to them for months to see what they had thought about it and they told me that the person I had talked to was no longer with them, so I sent them the sauces again. A year ago they contacted us again and they told me they were interested in buying more from us, but they didn’t tell me anything about the program,” said the young businessman.

To begin with, one of the points they had to fulfill was to send 10,000 bottles of sauces to the United States in less than a month, since they wanted to give them away to their subscribers. Obviously, paid for by the producers. 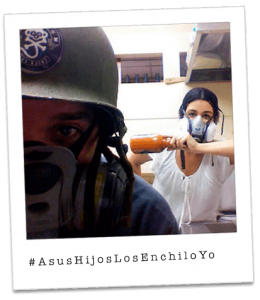 That was in February. A month later, in March, the pandemic hit and with the closure of borders, shops and the difficulty to access the farmers from whom they buy the ingredients, MonoLoco could not fill the order.

In addition, the show’s producers asked if the “Pierde Almas” sauce should be spicier, that the label had to be in English, carry well-detailed nutritional data, and have laboratory tests that everything was prepared under the strictest quality control.

“We were not used to producing so much product in our premises, we barely make three or four thousand sauces. I spent many days thinking about whether or not we could do this because we did not have money, the money that the other companies owed us because they closed due to the pandemic, so we were left without income because it was almost not sold, it was a heartbreak. In addition, they would pay us for the sauces a month after they arrived in the United States,” said Pablo.

Pablo mentioned that to meet the challenge they also had to hire five more employees (there are only five permanent employees) and see where they got the US$12,000 dollars to produce and ship the product.

But they managed to comply and that is why the young businessman assures that thanks to this program they were saved from closing the business and it turned out to be a savior despite all the challenges they. Since then orders have shot up all over the world.