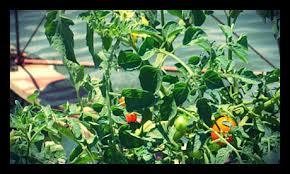 Costa Rican researchers are pioneering ‘aquatic agriculture’ — the method of growing crops on freshwater lakes and reservoirs — to boost food security in the developing world.

The technique involves creating floating rafts on which vegetables, grains and flowers can be grown. Terrestrial crops such as grains and vegetables have their roots directly in the water or can be potted, with water being drawn up into their soil from the lake by capillary wicks, Ricardo Radulovich, a professor at the University of Costa Rica’s Department of Agricultural Engineering, explains. Aquatic crops are grown directly on the water.

The idea was developed by Radulovich and colleagues over several years. Last November, they received a CAD$100,000 (around US$100,000) grant from Grand Challenges Canada, a global health innovation agency funded by the Canadian government, to further their work.

Radulovich and his colleagues are currently carrying out prototype projects on Lake Arenal in Costa Rica and Lake Nicaragua in Nicaragua.

“Seventy per cent of the world’s available water is used for irrigation,” Radulovich tells SciDev.Net. He says there are fears that water supplies will run out because of rising demand. In addition, climate change is increasing uncertainty over rainy seasons and higher temperatures mean that crops need more water, he says.

Sustainable use of all the world’s freshwater resources could double the current capacity of food production without requiring more irrigation water, he says.

Radulovich says the technique could be effective in many countries in Sub-Saharan Africa, as well as Bangladesh, Bolivia, the Philippines and other nations with large lakes, whether they are natural or artificial ones that form behind hydroelectric dams.

Researchers in Malawi, Tanzania and Uganda have shown interest in developing aquatic agriculture projects in their countries, Radulovich says.

Lakes could also be used for animal aquaculture, especially to farm herbivorous fish and shrimps, further increasing their role in food production, he adds.

Mario Zúñiga Chaves from the School of Agricultural Engineering at the Costa Rica Institute of Technology (TEC), says that aquatic farming could solve many families’ economic problems in regions with a dry tropical climate.

One option, he says, is to build reservoirs to capture water in the rainy season and then use them to farm fish. “Similarly, these reservoirs can be used in the dry season to supply the water needs of crops and animals,” Zúñiga says.