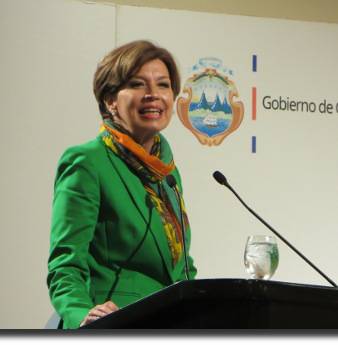 Costa Rica’s Central Bank (BCCR) is objecting to the government’s bill to establish a statutory cap on loan and credit card interest rates.

For the issuer (loan or credit card), the initiative is a step backward in efforts to increase banking penetration, argues the Central Bank. “Policies to control prices and restrict market competition leads to financial repression”, argues the Cental Bank board in its report earlier this month.

The rate cap would be regulated by the Ministerio de Economía, Industria y Comercio (MEIC) – Ministry of Economy , Industry and Commerce.

MEIC head, Mayi Antillón, said the bill is based on experiences in countries like Chile and Colombia.

“We knew the bill would be questioned, but it is a good practice to have a healthy financial system”, says Antillón.

The minister added she does not understand the basis of the Central Bank objections, especially when credit card interest rates are over 50% and some store (retail) credit are over 70%.

In addition to the government’s bill, there are eight other bills before the Legislature that promotes placing limits on interest rates. However, none have reached final reading to pass into law.

Investing and getting a good income is one of...
Pura Vida