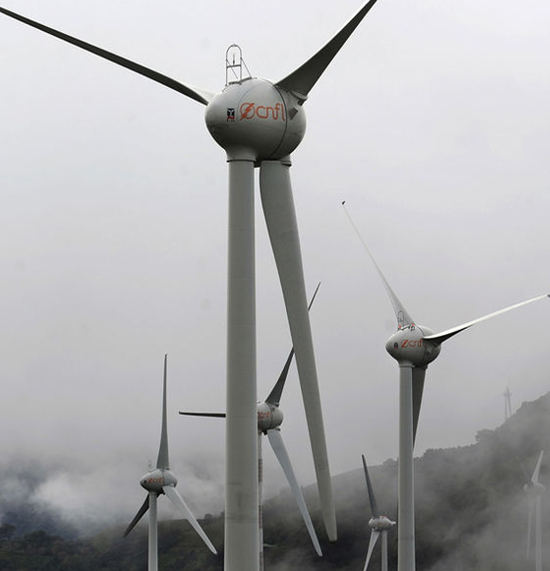 QCOSTARICA – The state-run Compañía Nacional de Fuerza y Luz (CNFL) – National Power and Light Company, is awaiting proposals from companies which would allow the reactivation of the San Buenaventura (Spanish: Parque Eólico San Buenaventura) wind farm, which for now is not a profitable project.

Right now the project is in the process of reviewing costs and it has not yet been determined whether or not to continue with the work. The CNFL is waiting for new financially profitable, and concrete offers which adhere to the budget of the company in order to assess whether to reactivate the project.

Nacion.com reports that “… Funding for the development of the park would have used financing from with a state bank, and its construction would have been completed in June 2017. However, this date will be modified if it is decided to continue with the project. ”

Victor Solis, chief of CNFL, added “… They are currently open to receiving offers from companies, provided that these are specific and fit in with the numbers sought by the Company. We have some land and permission to use it which we could exploit. What is lacking is a very specific proposal which guarantees profitability.”

The CNFL is in crisis: it closed 2014 with losses of ¢6.2 billion colones, so it cut some salary bonuses and other measures. However, the wholly owned Instituto Costarricense de Electricidad (ICE) company, was forced to borrow ¢8 billion.

- Advertisement -
Paying the bills
Previous articleVenezuelan Oil Up To US$44.64
Next article13 Q Costa Rica Stories You Don’t Want To Miss This Week

There are many legal ways to make money in...
Uruguay