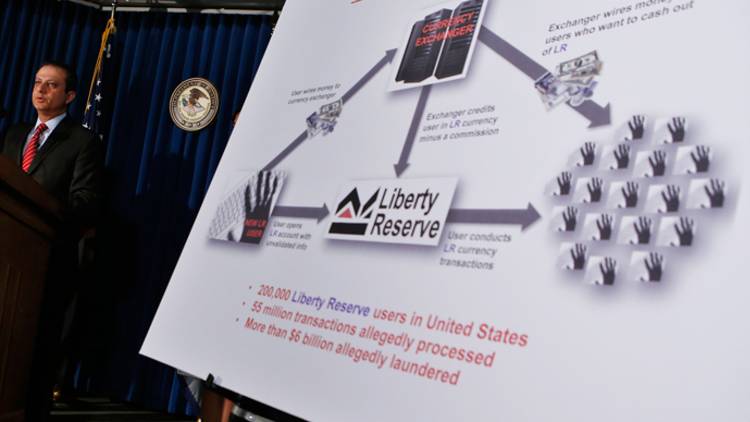 The New Yorker who allegedly helped set up and run Liberty Reserve, an operation in Costa Rica which handled huge amounts of money outside the control of governments, Vladimir Kats, pleaded guilty in a Manhattan court on Thursday.

Kats was accused of being a “global banker to criminals” is charged with running the US$6 billion dollar money laundering racket between 2006 and 2013.

Kats, a US citizen, was arrested in May of this year and originally pleaded not guilty, but on Thursday reversed his plea before US District Judge Denise Cote.

“With his guilty plea today, we take a significant step toward punishing those responsible for creating and running this international den of cybercrime,” he said.

Five of the seven were arrested in May in Costa Rica, Spain and New York, sealing the fate of a company that had been one of the most successful in the popular but increasingly scrutinized world of unofficial banking and virtual currencies.

The other two suspects remain at large.

The probe involved law enforcement in 17 countries and “is believed to be the largest money laundering prosecution in history,” prosecutors have said.

Authorities say that when Liberty Reserve realized it was under investigation, it made a show of shutting down, yet continued to operate behind an array of shell companies in Australia, China, Cyprus, Hong Kong, Morocco, Russia and Spain.