COSTA RICA NEWS – Shocking and unpleasant is the reaction to the images that soon must be part of the design of each and every pack of cigarette sold in Costa Rica.

Starting on September 19 of this year, tobacco companies must incorporate the official images from the Ministry of Health in their cigarette package design. The grapchis are intended to inform the consumer of the risk associated with smoking.

“The packages that do not have the new labelling shall be confiscated and companies subject to additional sanctions,” said Dr. Rumoroso.

The use of graphic images on cigarette packages is new to Costa Rica, but commmon in other countries like Canada, Mexico and Argentina, among others,

In total, the Minstry of Health has approved 12 designs, all allulding to several health problems caused by smoking. The designs have been sent to the tobacco companies for their use in all new packaging. 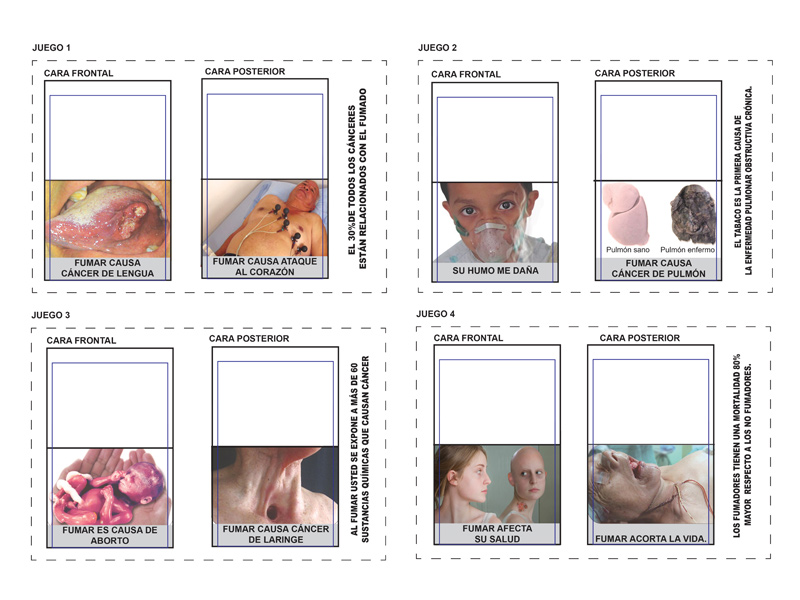 An estimated 434.000 people are active smokers in Costa Rica, of which 297.000 are men and 137.000 are women, this according to the Instituto sobre Alcoholismo y Farmacodependencia (IAFA) – Alcohol and Drug Dependency Institute.

In general, daily cigarette consumption is higher in men than women. Estimates indicate that daily use of cigartters (or 10 or more cigarettes) is highest in women between 60 and 70 years of age and men between 50 and 59. Overall, the highest consumption of tobacco is in the age group between 40 and 70.