Costa Rica’s Internet Casinos and Sportsbooks Live In The Shadows 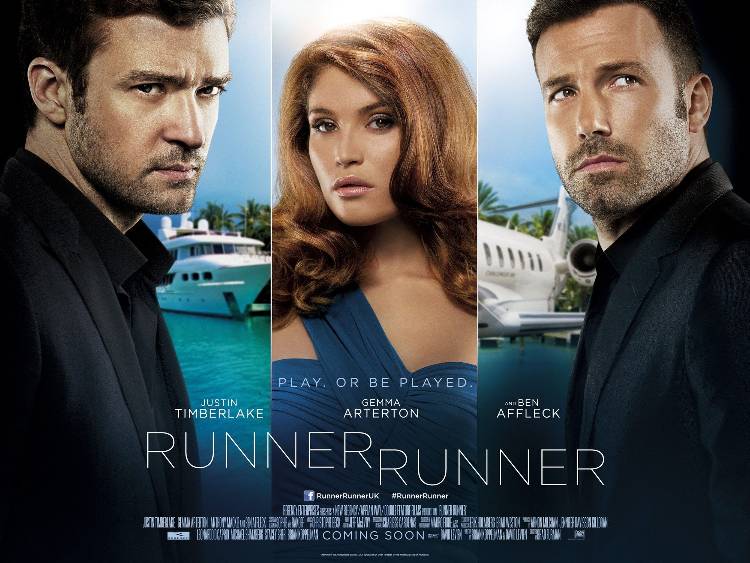 Online poker rooms, Internet casinos and sportsbooks in Costa Rica are part of an industry that began in the late 20th century and saw its heyday circa 2006. 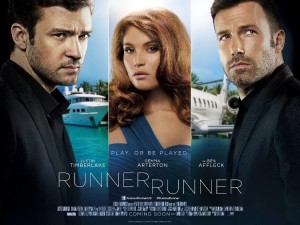 This multimillion dollar industry lives partially in the shadows for various reasons; the most important being the constant pressure applied by law enforcement and prosecutors from the United States. After more than a decade of lucrative turbulence, however, the online gambling industry in Costa Rica is starting to show signs of strain.

Author’s Note: A lot of the information on this article was gathered via online chats with online gambling insiders on the I2P anonymous network. In light of recent law enforcement actions against sports wagering and gaming in our country, the Costa Rica Star is heeding the requests of two insiders to not mention any brands or names in this article.

As recently discussed in the Costa Rica Star, the film Runner Runner -starring Ben Affleck and Justin Timberlake, is being co-opted by the American Gaming Association (AGA) as part of their efforts to discredit online poker in Costa Rica by portraying the industry in a very negative light. The intent of the AGA is to adopt Runner Runner as a sort of boogeyman to help them legalize online poker in the United States. The AGA’s motive is clearly monetary, and it undermines the efforts of entrepreneurs in Costa Rica who developed an industry that produces billions of dollars each year.

Internet casinos and other online gambling outfits arrived in Costa Rica and just before the turn of the century. Costa Rica is not a pioneer in this regard. The Caribbean island nation of Antigua was the first to pass legislation that granted licenses to online casinos back in 1994. By 1999, there were a couple of hundred online gambling operations generating nearly a billion dollars in annual revenue, and the U.S. quickly moved to pass the Internet Gambling Prohibition Act. At this point, entrepreneurs from the U.S., the United Kingdom, Canada, and Israel turned their attention to Costa Rica.

The History: Neither Legal nor Illegal

Many online gambling operations are still based in Antigua, but entrepreneurs became interested in Costa Rica despite the lack of laws allowing Internet games of chance. Close ties with the U.S. had already facilitated a burgeoning call center and outsourcing industry in Costa Rica, which proved very valuable to the establishment of online casinos and sportsbooks. From a legal standpoint, entrepreneurs did not find barriers; plus, they had the added advantage of being able to move their proceeds to overseas accounts and thus avoid taxes in Costa Rica.

The early years of the 21st century were essentially the golden age of online gambling in Costa Rica. Sports bookies and poker entrepreneurs from the U.S. were delighted to be able to operate in relative freedom and in a cultural ambiance that was not that far removed from their country. Even though Antigua is home to nearly 5,000 U.S. citizens who appreciate the island’s adoption of English as its official language, online gambling pioneers felt more comfortable in Costa Rica.

It was in Costa Rica that the hedonistic lifestyle portrayed in the film Runner Runner was developed and marketed as a brand: Drugs, girls, parties, expensive cars and yachts, beachfront or mountainside mansions, and piles of money. Some insiders in Costa Rica blame the marketing and notoriety of this lifestyle as prompting what came next.

Underground sports wagering and backroom poker games have always kept law enforcement officials and prosecutors in the U.S. busy. To a certain extent, online gambling entrepreneurs knew that surveillance of their activities would continue in Costa Rica, but they never expected that enforcement of the Internet Gambling Prohibition Act of 1999 would follow them here.

From 2000 to 2004, U.S. federal law enforcement agents executed arrest warrants in Costa Rica of individuals allegedly involved in online sportsbook operations. In some cases, law enforcement officers waited for some individuals to land in a U.S. airport as they made money runs; but, in other occasions they were arrested in Costa Rica and quickly extradited. Online gambling entrepreneurs were deeply disappointed to learn that U.S. agents could so easily trample the sovereignty of this country.

In 2005 and 2006, two of the biggest global brands in online gambling and lifestyle were subject to spectacular raids by U.S. law enforcement in Costa Rica. Never mind that these brands did not operate in the U.S., and that their principals were not U.S. citizens: They were accused of money laundering and violations of that country’s Wire Act.

These billionaire brands decided that Costa Rica’s unwillingness to exercise her sovereignty against the U.S. was detrimental to their business, and thus they left our country for European jurisdictions where they have remained ever since. The departure of these two brands was immediately felt as hundreds of Ticos lost their jobs and supporting businesses closed.

To make matters worse, the administration of President George W. Bush signed into law an even more restrictive law: the Unlawful Internet Gambling Enforcement Act of 2006 (UIGEA). Shareholders of brands that remained in Costa Rica reacted negatively to the passing of UIGEA with a massive stock sell-off. By 2009, the U.S. Department of Justice was targeting individual players by freezing accounts and filing money laundering charges. In 2011, the Black Friday raids on the remaining online poker brands in Costa Rica were the last straw for many players in insiders.

Runner Runner and The End of the Affair

More than two years have passed since Black Friday, and the online gambling industry in Costa Rica has shrunk considerably. In the sportsbook world, the proliferation of Pay-Per-Head (PPH) business models has consolidated sports wagering down to just a few call centers. Bookies with U.S. clients can make use of these PPH services and run their underground business from a smartphone.

The Costa Rica Star has previously spoken with a sportbook insider whose business partners automated part of their operations with artificial intelligence. The partners on that particular sportsbook, which had a small call center in La Sabana, have since shut down their operation. Two of those partners still service wagering clients, but they do so through PPH services in Costa Rica -although they no longer live here.

The abrupt exit of major brands, the insufferable tenacity of U.S. law enforcement and internal disagreements have fragmented the Internet gambling industry in Costa Rica. You can add Runner Runner and the AGA’s push for online poker legislation in the U.S. to the list of woes, but there are other factors at play as well.

The recent warning to Costa Rica by credit ratings agency Moody’s with regard to the fiscal reform plan is moving government officials to take it up again. Fiscal reform would not only increase taxes across the board, it would also prompt online gambling operations in Costa Rica to register with a regulatory agency and be levied a higher rate of tax.

Online gambling industry insiders in Costa Rica are very much aware of how the country is changing in general. They notice the quick adoption of FATCA and FBAR, the jealous scrutiny and sheer difficulty of banking transactions, the proliferation of fast-food restaurants, the growing number of vehicles on the road, the condominium towers going up, the consumer price inflation, the widespread use of the English language, and the constant presence of U.S. law enforcement in Costa Rica.

Suddenly, they feel almost the same as they did before they chose to seek refuge in our country, and now they are seeing incentives to go back.v