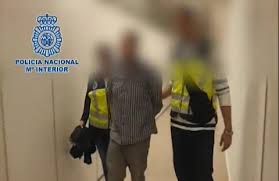 Arthur Budovsky is accused of being the “principal founder” of Liberty Reserve, a Costa Rica-based digital currency service alleged by the US Justice Department to have laundered more than $6 billion (4.4 billion euros) for criminals.

A Spanish court approved Friday the extradition of Budovsky to the United States, after being arrested in May 2013 at Madrid airport, during a stopover on a flight from Morocco to Costa Rica.

Ukraine-born and naturalized Costa Rica, Budovsky, 40, is charged along seven other Liberty employees of what US authorities call the biggest international laundering case ever tried by the United States.

He had fought US efforts to extradite him bya, where he obtained citizenship through marriage.

Spain’s top criminal court approved approved his extradition to the United States on the grounds that part of the crimes which he is accused of took place in that country, according to a written ruling released on Friday.

The final decision on his extradition will now be taken by Spain’s government, which can disregard the court’s ruling.

Budovsky, who renounced his US citizenship after marrying a Costa Rican snack vendor, has denied committing any crimes. His lawyer has said Budovsky founded Liberty Reserve in 2006, then sold it in 2007 and remained only a “technical adviser” until 2009.

Liberty Reserve was an extremely active electronic payments platform that allegedly allowed transactions without a trace and beyond regulation.

It had more than a million users, 200,000 of them in the United States, and performed 55 million transactions over seven years, most of them illegal under US law, US prosecutors say.