Q TRAVEL – With a return fare starting at US$136.41, Volaris Costa Rica kicked off operations today with two daily flights to Guatemala and becoming the least expensive regional airline. The airline offers one flight in the morning and another in the afternoon.

The deal includes one carry on, priority boarding, seat selection and one date change (US$35.96 added to the base rate of US$100.45).

If you need more options, such as extra space seating and change of passenger name on ticket the surcharge is US$52.05 in the base; and US$61.51 for additional carry on, checked baggage and unlimited changes, brining the all in fare to $161.96 return or US$80.98 one way.

Wait, it gets even better. The fare include all taxes. “ El precio total incluye impuestos y TUA aproximados,” reads the small print on fare conditions.

The foregoing is for a flight leaving San Jose on Saturday December 3, 2016 and returning on December 10, 2016.

Don’t have all the cash today, Volaris allows payments of up to 11 months by way of its Volaris INVEX card.

The fligth time  between San Jose and Guatemala is 1 hour 50 minutes.

“This will be the first ultra low-cost airline in Central America,” said Fernando Naranjo, general manager of Volaris Costa Rica.

Naranjo explained the goal is to compete with prices of interregional buses.

As an example, a return ticket from San Jose to Guatemala City on Tica Bus is US$173 for “TURISTICA” and US$210 for “EJE” (executive).

The bus ride is two days on the EJE rate: San Jose to Managua and El Salvador on the first day; El Salvador to Guatemala on the second day;and three days on the Turistica rate. And, you have to cross a the border – check in and check out immigration and customs – at Costa Rica, Nicaragua, El Salvador and Guatemala.

Volaris CEO  Enrique Beltranena said the objective is to have in three years about 20 flights to different destinations with 18 to 22 aircraft.

So far the company has hired 60 Costa Rican employees. The goal is 200 employees, that includes fligth attendants, pilots, counter and service technicians, among others, within the next year. 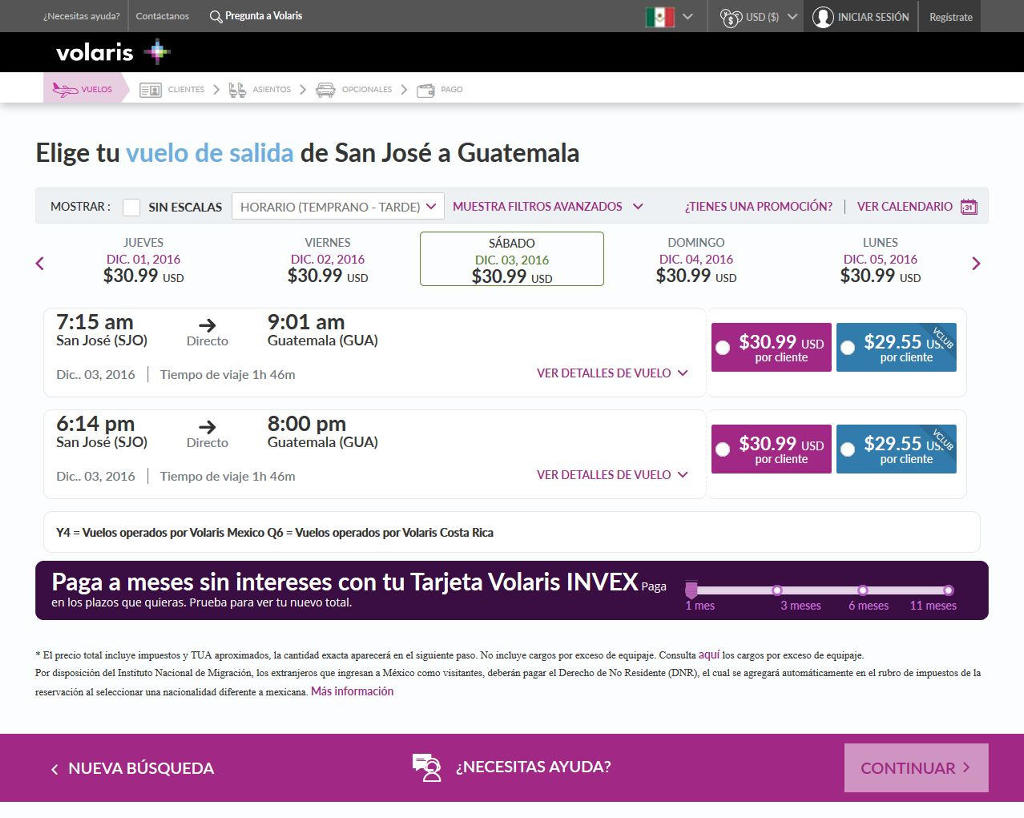 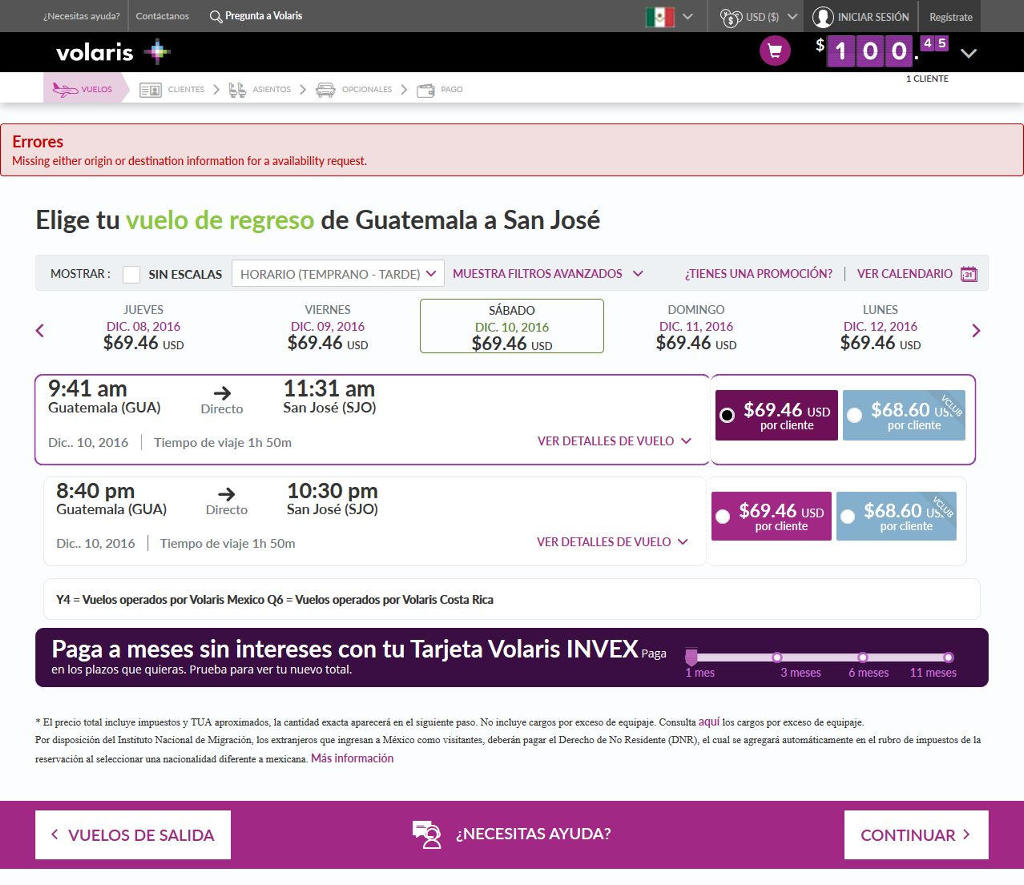 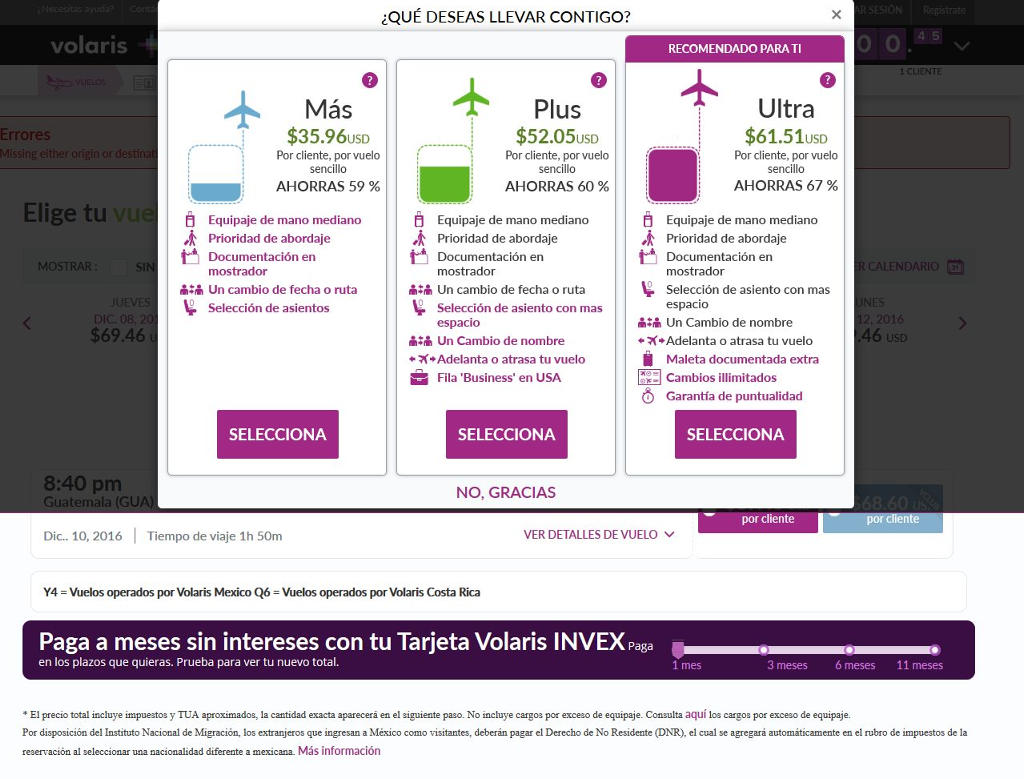 Volaris looking to fly between Costa Rica and Colombia cities

TODAY COSTA RICA - Original text published in La Nacion on June 23, 1971 - A conflict over air routes, has been unleashed between...
News

QCOSTARICA - The pandemic caused by Covid-19 fuels the strategy of positioning Costa Rica as a world destination to develop wellness tourism, since travelers...
Economy

Today, Sunday, June 20, only vehicles with "EVEN" ending plates CAN circulate The measure is countrywide and applied between 5:00 am and 9:00 pm, save...
Guanacaste

Today, Friday, June 25, plates ending in 9 & 0 CANNOT circulate. The measure is countrywide and applied between 5:00 am and 9:00 pm, save...
Economic Recovery