Analysis of the Hispano-American University and the Central American Population Center (CCP) place it with the same value: 0.81, specialists insist that it is good news, but it is not to claim victory.

QCOSTARICA – The contagion rate or R rate registered a new decrease that takes it to the lowest levels in the last nine months. However, it is not the time to lower our guard, as this indicator is very volatile and may rise again. 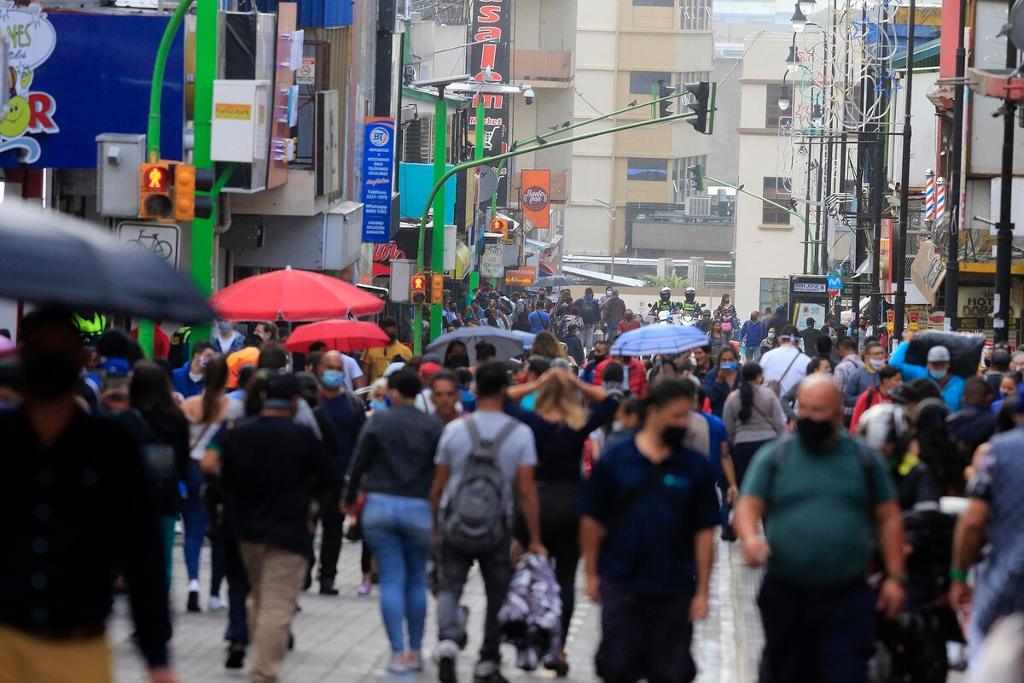 Both the analysis of the Universidad Hispanoamericana (UH) and that of the Centro Centroamericano de Población de la Universidad de Costa Rica (CCP-UCR) have a rate of 0.81.

This indicates that 100 people carrying the Covid-19 virus would infect or give rise to 81 new cases.

This week’s is the lowest number shown by the HU analysis since it began plotting it in October.

In the CCP analysis, it is the lowest since April 26. 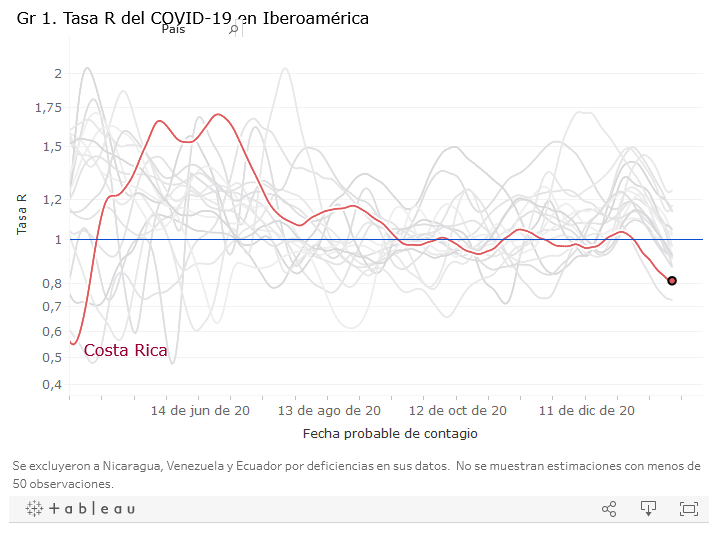 “It is still too early to ensure that this will be the dominant trend in the coming days and less appropriate to throw the bells to the wind in a sign of victory. We must be very prudent and do everything possible to continue taking care of ourselves as the pandemic at its peak, until we wait for the vaccinated population to reach an optimal percentage,” warned Ronald Evans, coordinator of the Research Unit of the School of Medicine of the Universidad Hispanoamericana.

In the CCP-UCR index, our country not only shows the decrease, it is also the second with the lowest contagion rate in Central America, only surpassed by Panama, with 0.73.

Why? Luis Rosero Bixby, coordinator of the CCP-UCR analysis, indicates that it is not so easy to determine reasons, but there are hypotheses.

“It is not clear why, now, in January, the reproduction rate of the pandemic has dropped decisively.”

While the 0.81 is an average nationally, the contagion rate is not the same throughout the country.

However, the UH analysis shows that, for the first time since this study began, all seven provinces are below 1.

The highest rates are on the coasts: the highest is in Limón, with 0.93; it is followed by Puntarenas with 0.83, and Guanacaste with 0.81.

The province with the lowest R rate is Cartago, with 0.73.

The day with the single-digit deaths, 9, was on January 26.

Perhaps, the most significant of all the numbers are the hospitalizations. The concern of overextended medical services and lack of hospital beds did not occur as expected.

The reported cases and deaths across Central America:

* Figures for Nicaragua are official reported by the Ministry of Health (MINSA). They have been proven to be unreliable, seldom updated. The most probable figures are provided by the non-governmental agency, Observatorio Cuidadano, estimated to be up to 10 times the official figures.

- Advertisement -
Paying the bills
Previous articlePresence of ‘Tica variant’ of coronavirus doubled between September and November
Next articleIf your monthly income exceeds ¢683 thousand, you would have to pay income tax

QCOSTARICA - The effects of the fifth wave caused...
National