Covid-19 contagion rate in Costa Rica remains low: Have we ‘flattened’ the curve?

The Universidad Hispanoamericana indicator is at 0.84, which indicates that 100 people would infect 84, this is a slight increase from the 0.81 of a week ago; all provinces have indices below 1 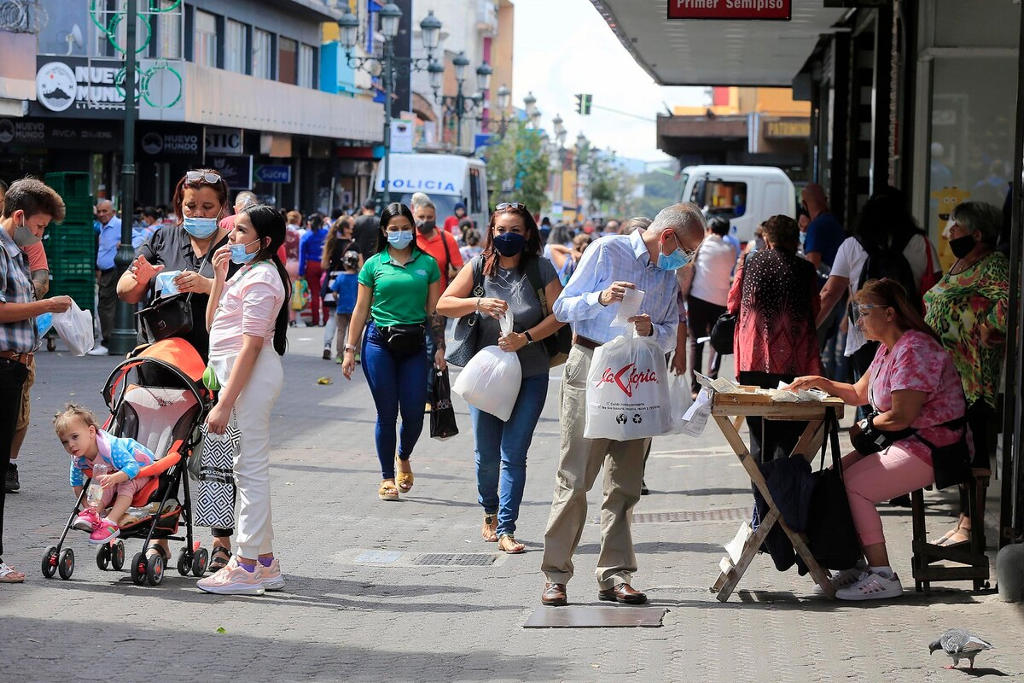 QCOSTARICA (Revista Summa) Despite everything that happened in 2020,...
Read more

QCOSTARICA - The new Surveillance Guideline for the COVID-19...
Read more

QCOSTARICA - The fourth wave of the pandemic in...
Read more

QCOSTARICA – The contagion rate of covid-19 in Costa Rica registered a slight increase in the last week, but it remains at low levels.

In the last seven days, the indicator of the Universidad Hispanoamericana (UH) went from 0.81 to 0.84. This means that 100 people would infect another of 84.

However, this number is also considered low because the next generation of cases would be smaller than this.

Researchers remain surprised by this decline, the rate considered unexpected.

To this is added that the number of infections fell by 23.7%. In the last week, the average daily cases is 515, about 122 fewer daily compared to the previous week.

However, analysts assert that this is not the time to categorically consider that we are “flattening the curve” since infections depend on many factors and this indicator can be very volatile.

“We hope that this trend will continue like this for much longer, but it cannot be predicted with a good margin of certainty, and if we are heading towards the flattening of the curve,” warns Ronald Evans, epidemiologist and coordinator of the analysis.

“This pandemic is unfolding through different waves and as long as there are no percentages of the population greater than 70% at least that have immunity, either by natural infection or by vaccination, we will continue to be exposed to the coronavirus. We must continue to apply mitigation protocols for a time perhaps longer than expected,” he added.

What does (and what does not) the contagion rate measure?

The contagion rate, also called the R rate, represents the speed with which this virus spreads in a place and indicates, on average, how many people each carrier of SARS-CoV-2 would infect.

It is important to note that a person without symptoms, either because they have yet not them (presymptomatic) or because they are not going to have them (asymptomatic), can transmit the infection.

Ideally, R should be less than 1, which is a sign that the rate of new cases is decreasing. If the index is higher than 1, the evolution of the disease will have greater speed.

With a rate of 1 the infection would remain constant.

If we take into account the incubation period of the virus before the appearance of symptoms, the number of infections that are reported today, occurred approximately six days ago, so this is an index that shows delays.

The R rate does not have to do with the number of cases, but rather with the transmission speed or the speed with which the virus spreads.

Nor does it measure how aggressive it is, but how its movement and evolution is in a certain place.

The contagion rate is not the same throughout the country. However, the analysis of the UH shows that, for the second consecutive week, the seven provinces are below 1.

Last week was the one with the lowest level.

For the authors of the report, this is a sign of how volatile the transmission of the virus is.

The rate in the provinces from highest to lowest.

This is the week there are, for the first 52 very low-risk cantons.

In the province of Limon: Talamanca.

- Advertisement -
Paying the bills
Previous articleUnemployment in Costa Rica closed 2020 at 20%
Next articleMeet Earthrace, the international organization that protects Costa Rica from poaching