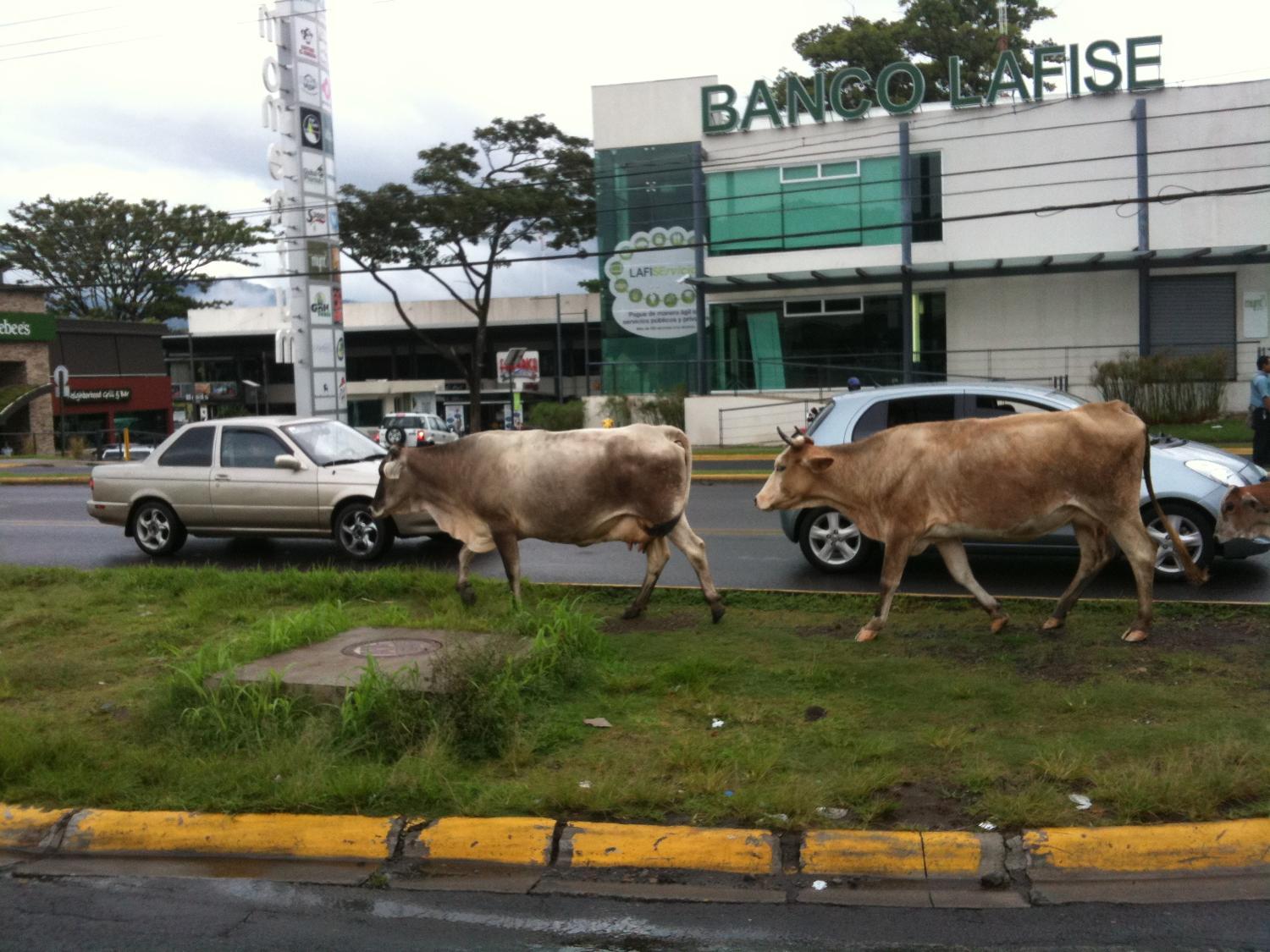 Don’t be surprised while driving on the Radial de Lindora, in Santa Ana (the commercial strip between the Ruta 27 and the Virilla river) to see, well cows.

I took this photo a some months back, lost in my photo archives folder. The herd of cows strolled from one side of the road to the other with ease and no concern for traffic. They appeared alone, no one leading or trailing them. At least not in my line of sight. 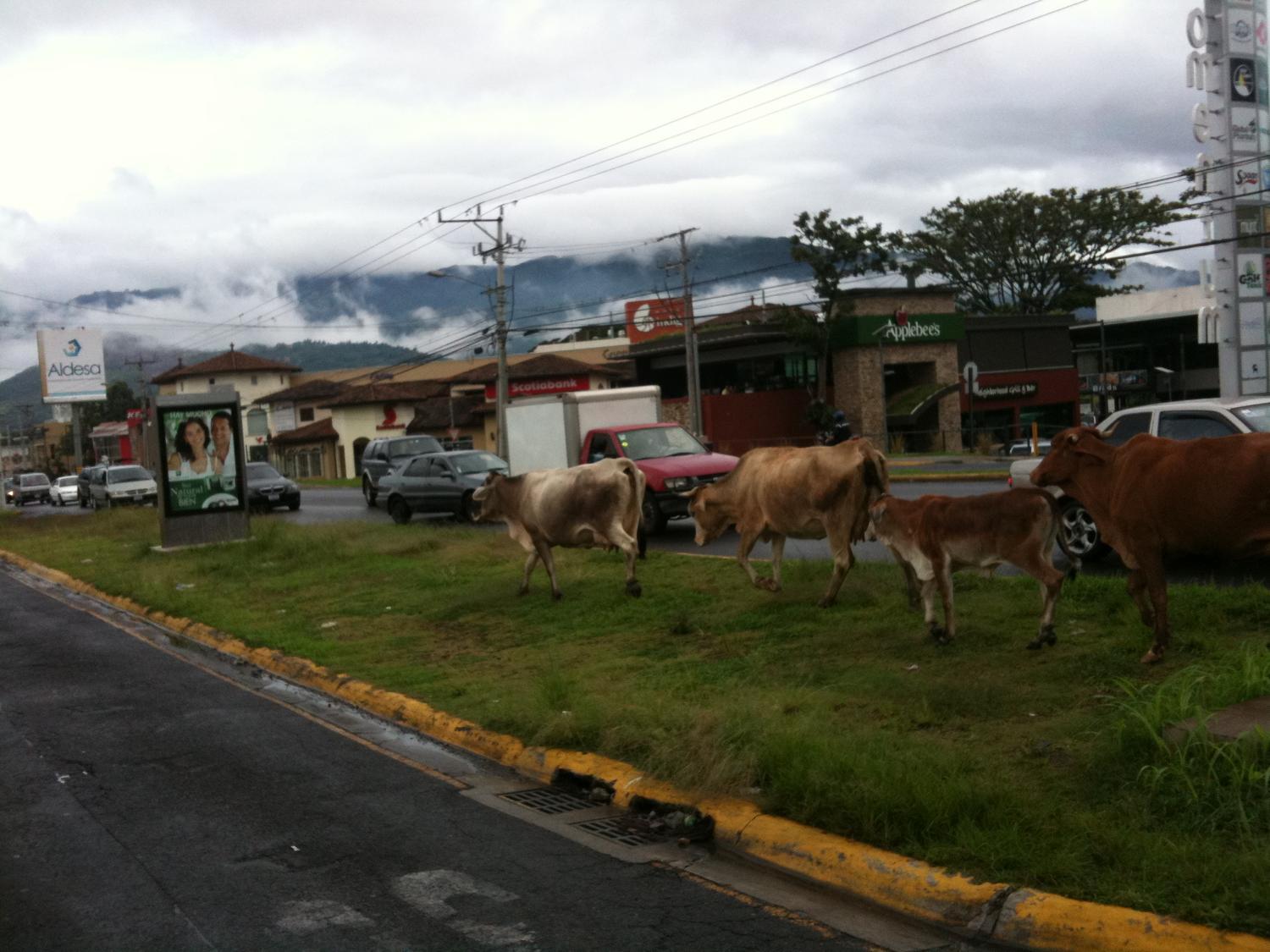 The Radial de Lindora, I tell visitors, is a strip of “Americanized” Costa Rica. And then…well, you can imagine the surprise in the eyes of my visitors, just having arrived in Costa Rica for the time. 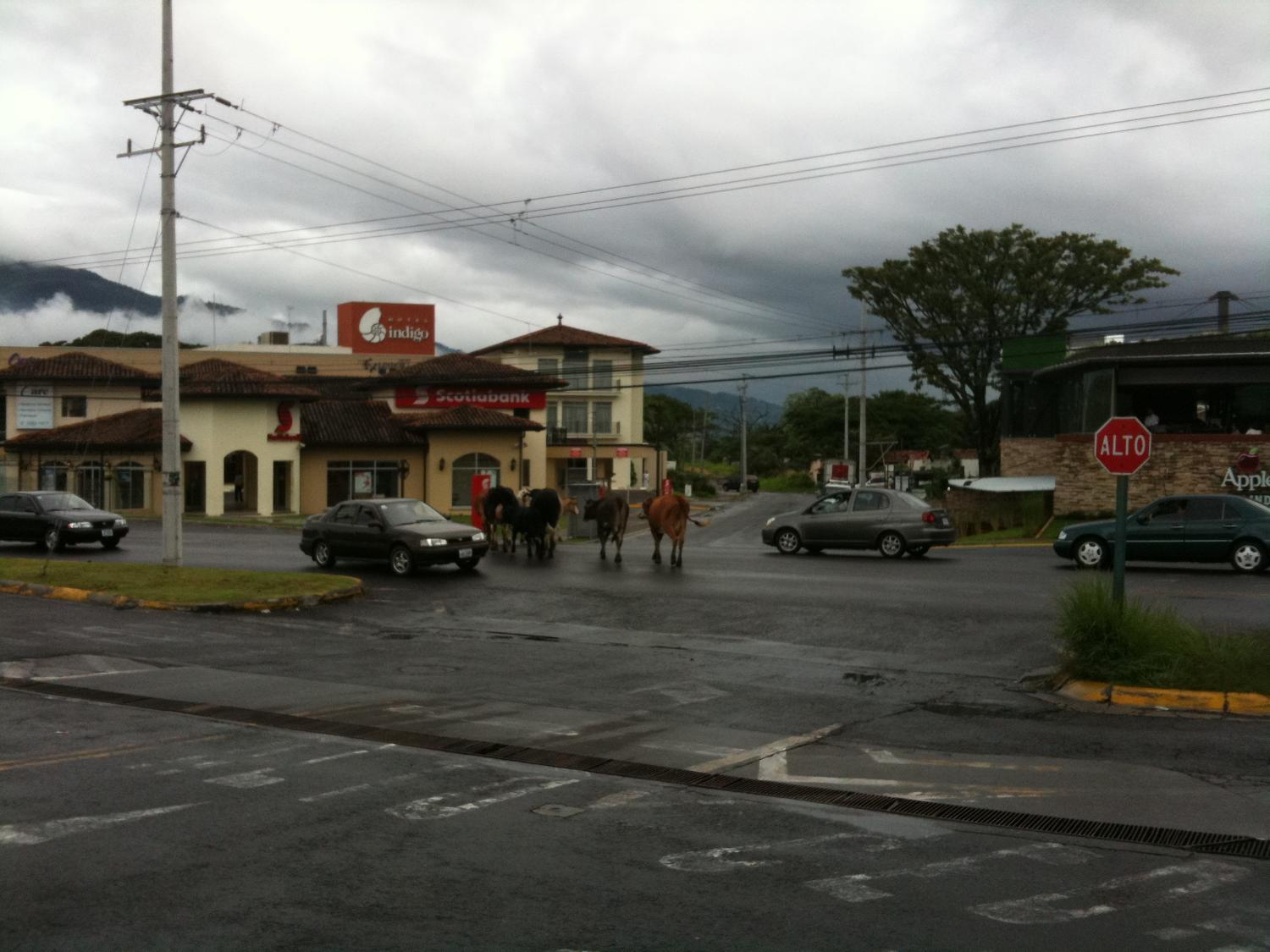 PS, This was not an isolated case. Although you won’t see cows on the strip every day, I have seen them enought times that the novelty has worn off.