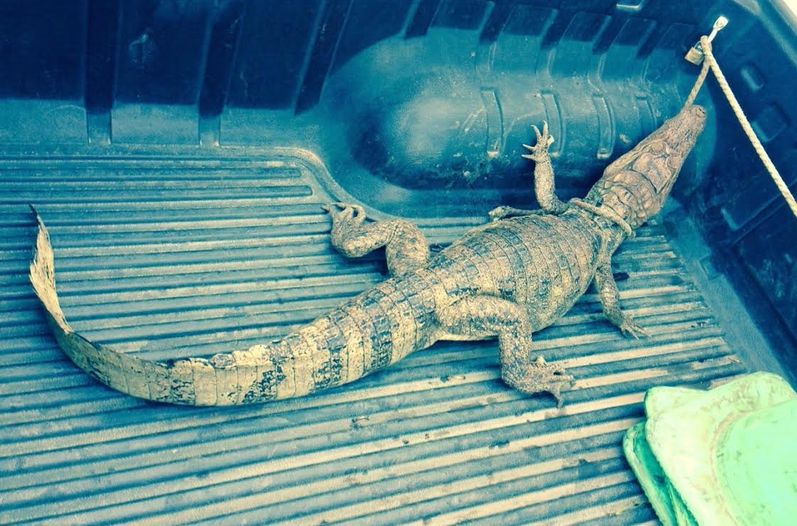 QCOSTARICA – Police were called to Naranjo Tuesday morning where a resident, Miguel Angel Murcia, complained that a crocodile was attempting to enter his house.

The unusual visit however, was not social: the croc apparently smelled Murcia’s delicious pet dog and it was 7:30 a.m., time for breakfast after all.

The crocodile was at that point more in danger from aroused inhabitants of the town than dangerous and was rescued by police and temporarily interned at the National Animal Security facility in Grecia. Sr. Murcia did not invite the animal in for breakfast which is unusually inhospitable for a small town Costa Rican.

Manuel Alfaro, an assistant belonging to the National Conservation Areas System, coordinated the rescue operation to prevent injury to the croc. Alfaro told La Nacion that his agency is looking for an appropriate home for the reptile where he will not have to breakfast off someone’s pet.

Authorities told the paper that the incident is so unique that they suspect the hand of a human being involved with the presence of a crocodile in Naranjo.