Cuba and the New China Model: why it would never work on the island 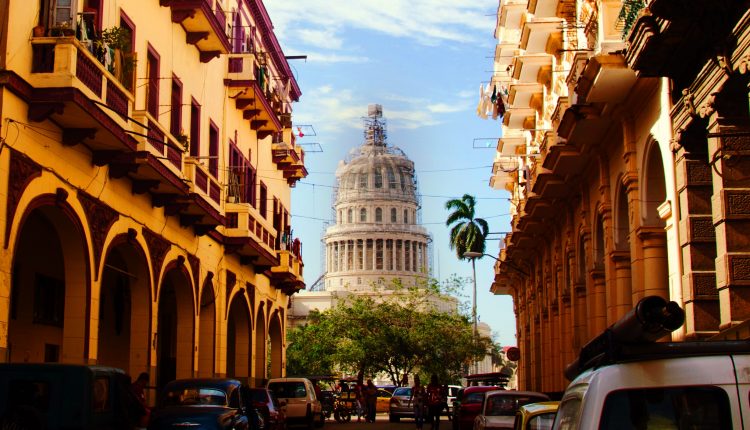 Over the years I have debated with friends and foe over U.S. – Cuba policy and possible paths for Cuba’s democratization. In these encounters, I have argued against a school of thought that favored a China model for Cuba. My ideological adversaries supported market-type economic changes in Cuba even without any political changes. I advocated for the primacy of individual freedoms over finances.

For the most part, I debated politely with well-intentioned, honorable, individuals that sincerely believed that advancing economic reforms would bring about political reforms. They saw engagement as a different strategy to obtain freedom for the Cuban people over the long term. Others, and these are not of my acquaintance, likely had only pecuniary interests and their motivation was suspect.

The “economic engagement” school of thought formulated eloquent arguments as to why seeking to improve the economic well-being of the Cuban people was the moral thing to do, even if it required disregarding the oppressiveness of the regime. I would counter, that in the absence of political changes, economic changes would only solidify financially the dictatorial regime.

In totalitarian economies, activity flows mostly to, and from the regime’s institutions. Thus, to promote freedom it is imperative to advance political reforms hand in hand with economic reforms. Economic reforms without freedom enrich mostly the regime and prolong the misery of a citizenry living without freedom. Some individuals might be slightly better off financially, but the pursuit of happiness requires freedom and freedom would be emasculated.

My debate adversaries usually pointed to China to support their position. Some of the most knowledgeable proponents preferred to use the Vietnamese Model as more in line with Cuba’s agricultural economy. But the essential argument was the same: introduce economic reforms, and political reforms and freedom will follow in time.

Their China Model for Cuba was predicated on the market-style economic reforms introduced by Deng Xiaoping in 1979 following the death of Mao Zedong. Many observers hoped that, given these market reforms, China would eventually become a democracy. Never mind that China’s Communist Party always insisted that it would not share power. Cuba’s governing elite, who has not even implemented China-like reforms, has also made it clear that Cuba will not reform politically.

And, although in 1982, Deng Xiaoping introduced term limits of no more than two consecutive terms for the state president; those limits did not apply to the General Secretary of the Communist Party or to the Chairman of the Commission in charge of the military. It is in these positions that power really resides. Deng wielded much of his power through control of the military.

Nonetheless, believers in the “economic reforms will lead to political reforms” model still believed that China would democratize. But on 11 March 2018, the 3,000 delegates of China’s National People’s Congress voted almost unanimously to end the term limits on the presidency, reversing Deng’s succession reforms. This consolidated all power in the hands of China’s current leader Xi Jinping. He can now rule indefinitely in a lifelong tenure; a clear signal that there is no inherent path to democratization in the China Model.

Believers in the “economic reforms will lead to political reforms” model had also argued that the technologies necessary to carry out business, such as cell phones and the internet would help erode the Communist Party’s control. Not so, the Chinese government has invested heavily in developing web filters and using internet and video surveillance networks to reinforce the government’s ability to monitor the citizenry. Since assuming leadership in 2012, Xi has been consolidating his power and has overseen increased repression of China’s civil society, imprisoning writers and human rights activists.

We have now seen in China clear demonstration that, without a citizenry that is politically empowered, any economic changes introduced are only government permissions. Permission is not freedom. It is the same in Cuba with the inconsequential economic permissions to become self-employed in some trades.

I hope my friends will now realize that the China Model they have advocated for Cuba is not a path to democratization and that the only moral advocacy is for freedom.

QCOSTARICA - Three people required a trip to the...
Infrastructure