“The state should limit its donation efforts to other governments and multilateral organizations,” the FHRC said in a note published under the title “Take Back Cuba.” (Imgur)

The Foundation for Human Rights in Cuba (FHRC) is urging the island’s government to put products intended for Hurricane Irma recovery to better use.

“The state should limit its donation efforts to other governments and multilateral organizations,” the FHRC said in a note published under the title “Take Back Cuba.”

“The way in which the authorities are acting indicates that while many Cubans have lost everything, the Cuban government has lost all sense of responsibility and decency,” the statement said, while calling the regime’s action an “obscenity” directed at potential donors. 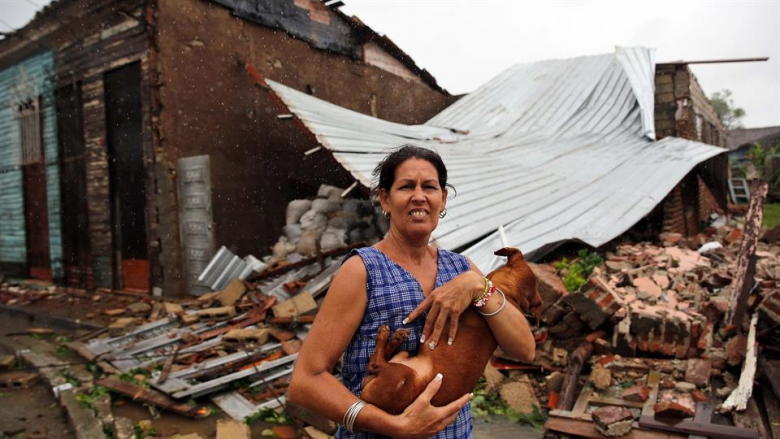 A woman in the midst of ruins caused by Irma. (EFE)

It also denounced the government for depositing donated money into an account for the GAESA military consortium.

“To sell to victims’ donated goods that the state received for free, to give priority to repairing hotels belonging to the military consortium, while delivering abstract promises — without a timetable of compliance — to the victims, is inhumane,” the organization said.

The FHRC urged Cuban dictator Raúl Castro to “respect the citizens’ right to individually and collectively exercise national and international solidarity to collect, receive and directly distribute money and donations from friends on the island and through organizations of global civil society.”

It also demanded that the government make exempt all import taxes on food, clothing, medicines, construction materials, furniture and cleaning supplies for one year, in addition to immediately reducing prices in state-run stores providing basic needs and construction materials. Currently, the prices of those items have inflated by 200 to 500 percent.

The FHRC urged the government to “authorize the domestic and foreign private sectors to exercise export and import trade and wholesale and retail sale throughout the national territory” and to transfer land ownership to peasants engaged in food production.

As a final requirement, the organization requested “the management, reception and direct distribution by and for Cuban citizens of microcredit so that they can immediately develop initiatives related to the production of food, furniture, household goods and plumbing, as well as for home repair.”

“The Foundation for Human Rights in Cuba is committed to working with global civil society and the international community in obtaining resources provided that, in complying with these principles, they will genuinely be used toward the recovery of Cuba,” the statement said.

Q24N - You may not know John McAfee, of his eccentrics, but you are sure to have the name and may even have your...
Health

QCOSTARICA - Emilia Navas will not be removed from her position as attorney general, after calls for her to step down due to her...
HQ