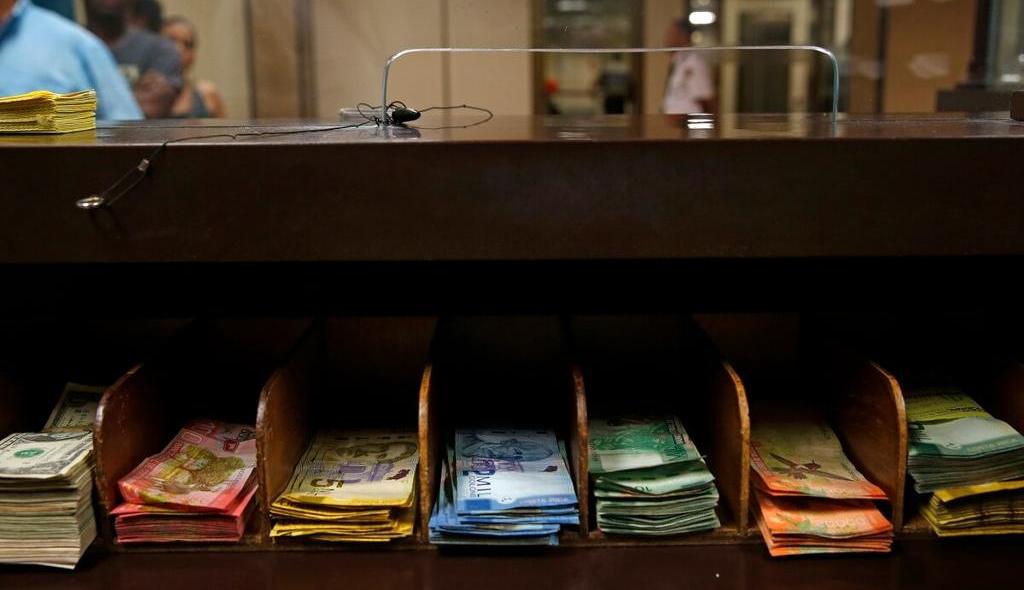 QCOSTARICA – Towards the end of 2020, the balance of bank accounts in colones in the financial system fell a little, after an atypical growth in that year; however, those of dollars continued to rise.

According to the data published by the Banco Central (BCCR) – Central Bank – on its website, the balance of current accounts in local currency – the Colon – in the national financial system increased 83%, ¢1.7 billion between September 2019 and September 2020, when it reached its point maximum; then it went down a bit.

Meanwhile, in dollars, the balance increased 33% in the same period (expressed in foreign currency to subtract the effect of variation in the exchange rate), about US$1.132 billion more.

However, while the accumulated current accounts in colones fell ¢322 billion in the last quarter of the year, that of dollars increased by an additional US$422 million.

Rossy Durán, Corporate Finance Manager of the Banco de Costa Rica (BCR), explained that the balances in checking accounts fell in December due to the labor and government commitments of companies and institutions.

“Now, it is important to note that the reduction in local currency rates, together with the inter-annual increase in the exchange rate (7.4%) generates a negative premium in colones, allocating resources not only in the short term but also in the long term (the term deposit certificates) to pursue a higher yield,” she argued.

Calculations made by the Consejeros Económicos y Financieros (CEFSA) estimate that the premium for investing in colones, which makes it possible to compare investments in colones with those in dollars considering the interest rates in both currencies and the expectations of variation in the exchange rate, for the longer-term calculated short (180 to 209 days), is negative, which means that the saver loses against options in foreign currency. In longer terms it is positive, but quite low.

Amedeo Gaggion, director of Treasury at Scotiabank, also added fiscal uncertainty to the factors that incentivize the Colon.

“Variations in current account deposits according to currency respond, among other variables, to the preferences and expectations of savers. In particular, for the last quarter of 2020, accelerated depreciation and uncertainty around public finances stand out as the main factors that could influence the increase in dollar balances,” Gaggion commented.

Reinaldo Herrera, Corporate Director of Finance at Banco Nacional (BN), indicated that whether or not the behavior of current accounts at the end of the year implies a transfer from one currency to another, due to the search for safe haven, it is difficult to say based solely on the behavior of the last quarter of 2020 in current accounts, because that was an atypical year in terms of the growth of these accounts.

In term deposits there was a downward trend in 2020, but greater in the case of colones compared to dollars.

“An inference from said economic phenomenon is that if current interest rates are maintained in both currencies, especially in the short term (less than a year), there will be a greater demand for savings instruments in dollars, making the exchange rate more incubate depreciation pressures, and the phenomenon of currency transformation from colones to dollars will accelerate in the coming months,” warned Durán.

The options would be to raise the rates in Colones or lower the depreciation.

In an interview with El Financiero, published on January 12, the president of the Central Bank, Rodrigo Cubero, indicated that they are aware of the negative premium for investing in Colones, but insisted that the monetary policy is adapted to the inflation target.

“If pressures are eventually faced on the exchange rate, it will not be monetary policy – via interest rates – that will solve this problem, but intervention in the exchange market as we did in 2020,” said Cubero.

“If there is pressure on the exchange rate because interest rates are low, we will deal with that pressure not by raising interest rates, but by using the tools of the BCCR to stabilize it,” he added.

Exchange rate would have a softer decline this year-end, analysts warn

QCOSTARICA - In previous years, by this time the dollar exchange...
Read more

QCOSTARICA - In another episode of their recent friction,...
Health