Damaged Toll Booth Continues To Cause Backlog on General Cañas 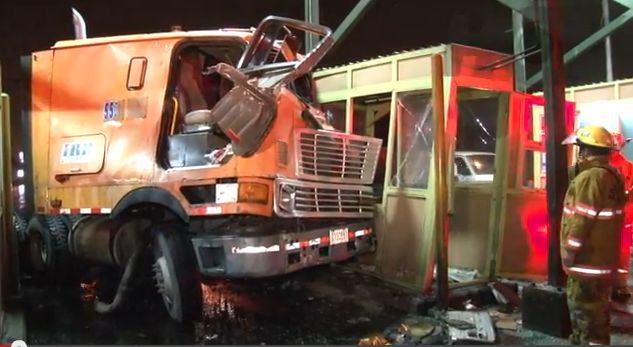 Traffic through the toll station on the autopista General Cañas, east of the airport, is now worse than ever with the closure of one of the toll booths, after it was rammed by a trucks three weeks ago.

Traffic backlog at this point on the country’s busiest road has been legendary, as thousands of vehicles each hour stop to pay the ¢75 colones toll (¢100 for the voluntary).

Now, with only three toll booths, traffic backs up even more than ever, despite the policy of opening the toll stations (free pass) if traffic backs up more than 300 metres or three blocks, in the Costa Rican way of measuring distance.

The worst backlogs are during morning and afternoon rush hours.  If you need to travel through the toll stations during rush hours, best be armed with lots and lots of patience.