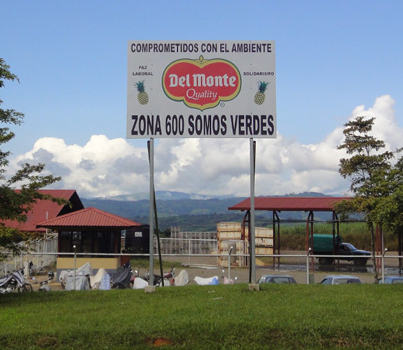 “A criminal complaint for labour exploitation will be filed against Costa Rica’s subsidiary of the US company Del Monte,” affirmed congressman José María Villalta, of the Frente Amplio Party. 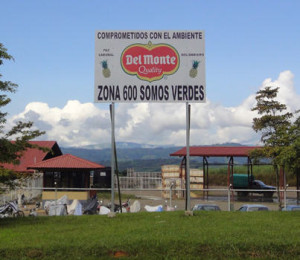 Additionally, “We are going to file another accusation for unfair working practices and a violation of labour legislation, because the company is incurring a serious offence,” reported the congressman, according to the digital newspaper crhoy.com.

“The firm Banana Development Company (Bandeco) takes advantage of the fact that many labourers are Panamanian indigenous immigrants of Gnäbe ethnicity, which do not have the means to defend themselves from such abuse. Those labourers are not paid the minimum wage, work for strenuous amounts of hours, lack the proper Occupational Health conditions and are persecuted to stop them from joining unions,” he denounced.

“Also, during the current strike actions conducted by hundreds of them, Del Monte tries to defeat them by hunger and is taking action to prevent strikers from buying food,” said Villalta.

Luis Serrano, president of the Union of Workers of the Public and Private Firm, which represents the banana labourers, explained to the press the latest offer made to Bandeco to put an end to the strike actions, which they did not accept.

The conditions included the reintegration of 30 from the 52 fired labourers, 8 of them immediately due to their special union protection privileges.

The rest would be brought to the Labour Relations Commission for the analysis of each individual case and the remaining established procedures.

The strike actions started on 5 June in three banana plantations, close to the border with Panama, after 52 labourers were fired and 198 punished for taking part in another strike movement in December 2012.

The labourers considered Bandeco’s actions illegal, while the firm assured to have a court ruling in their favour.