Did Guanacaste Ever Belong to Nicaragua? Historians Have the Answer 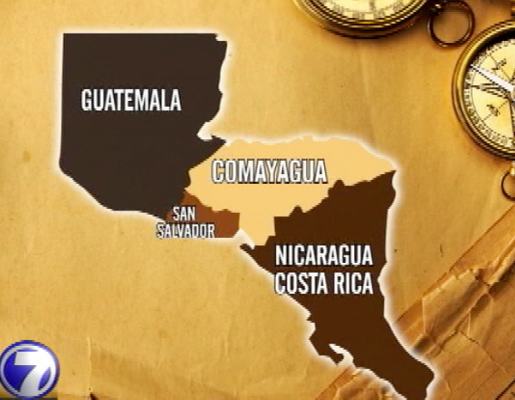 By a confusion of terms some believe that the Costa Rican province of Guanacaste belonged to Nicaragua at sometime, but the truth is that the so-called Partido de Nicoya was always an independent territory.

Once again the neighbouring country has placed the issue of Guanacaste at the centre of conflict that Nicaragua and Costa Rica live.

Thus, Nicaraguan president Daniel Ortega, tries to put on the world map a new border conflict, coinciding with the warming of other old conflicts.

One of them is the Gibraltar Conflict, as tensions between Britain and Spain flared  up this month after Spain complained that an artificial reef being built by Gibraltar would block its fishing vessels. Britain said earlier this week it may take legal action against Spain over tighter border controls at its contested overseas territory Gibraltar, the rocky outpost at the mouth of the Mediterranean to which Spain lays claim.

Gibraltar is a British Overseas Territory, captured in 1704, during the War of the Spanish Succession (1701–1714). The Kingdom of Castile formally ceded the territory in perpetuity to the British Crown in 1713, under Article X of the Treaty of Utrecht. This was confirmed in later treaties signed in Paris and Seville. Spain later attempted to recapture the territory by force during the thirteenth siege (1727) and the Great siege (1779-1783), and reclamation of the territory by peaceful means remains its government’s policy.

But the issue of Guanacaste is very different.

First, Guanacaste have been part of Nicaragua. For certain, all of the territory of Costa Rica and Nicaragua were one province prior to independence.

On or before 1821, Central America was made up of four areas: Guatemala, including Chiapas and part of El Salvador, San Salvador, Comayagua, the original name for the area of Honduras and Nicaragua-Costa Rica.

With independence, the territories were rearranged roughly to the current form. Left undefined was the area of Nicoya, ie the territories of Guanacaste, an area that did not belong to Nicaragua and decided to annex by its own volition, when the people of the region voted, three years after independence, to join Costa Rica.

They did by their own will and not by foreign military invasion.

In 1826, Nicaragua filed a claim against the Federación Centroamericana (Central American Federation), that belonged to everyone, but recognized that Guanacaste legally belonged to our country.

It was William Walker, the self named president of Nicaragua, who, wanting to keep the troops of Juanito Mora (Juan Rafael Mora Porras) distant, drew up a map showing Guanacaste and the entire northern zone belonging to Nicaragua.

By 1824, with the annexation of Guanacaste, Costa Rican territory reached the San Juan river and Lake Nicaragua.

According to the Nicaraguan government, the border line between the two countries lies from the mouth of the Tempisque river to Matina, thence north all belongs to them.

It takes little imagination and a lot of demagoguery to pretend something like that, almost two centuries of independence.

QCOSTARICA - Three people required a trip to the...
Investing In Costa Rica