Disney’s Trip to Costa Rica WAS All A Fairy Tale 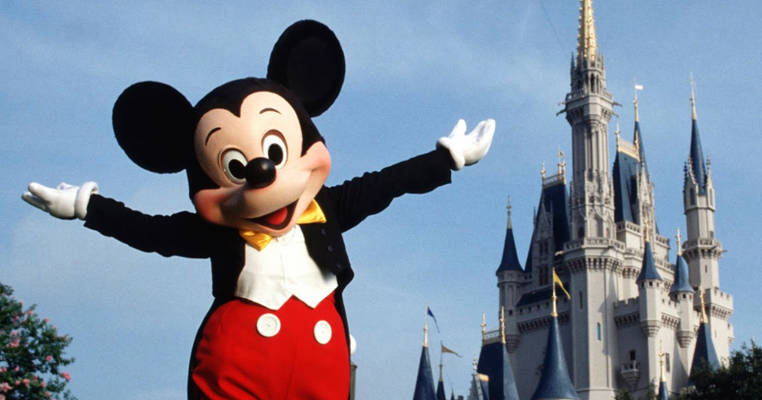 It is a definite, Disney IS NOT COMING TO COSTA RICA.

The news of a Disney theme park to be built in Liberia was cleared up by Walt Disney Parks and Resorts, who is adamant that the company has no plans to build a theme park in Costa Rica.

“While Costa Rica is an attractive market, we have no plans for the region at this time”, was the official Disney response. 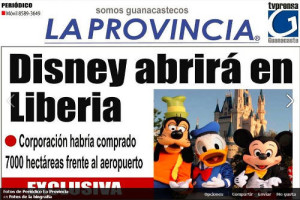 The story broke Wednesday morning when the front page of La Provincia, a local Guanacaste publication, announced that Disney was coming to Costa Rica.

The story picked up speed when Liberia mayor Luis Gerardo Castañeda Díaz, in a telephone interview with the morning television program, “Buen Dia” and ADN Radio 90.7 confirmed the Disney arrival, adding that the company had purchased a 7.000 hectares parcel of land next to the Daniel Oduber international airport and that city was in the process of issuing building permits in the coming weeks for the theme park.

From there story went viral.

But, it all started to fall apart when Sarah Domenech, head of Disney’s Public Relations, denied that America’s theme park was headed for Costa Rica.

It was all down hill from there. Mayor Castañeda was not available for the noon interview by Telenoticias television news. Then the Instituto Costarricense de Turismo (ICT) and the Coalición de Iniciativas de Desarrollo (Cinde), the government agency responsible for attracting foreign investment, denied any knowledge of a Disney arrival.

Hermes Navarro, head of the ICT, assured the media that no Disney official has approached the tourism board about any investment plans in Costa Rica.

Navarro emphasized that, “Disney would not adevertised before everything is in lace, because it has already had bad experiences with speculation in land prices elsewhere”.

As to mayor Castañeda, by the end of the day Wendesday he had done an about face, saying all that he knows is that someone bout the large parcel of land, but doesn’t know who.

The El Financiero, La Nacion’s financial publication, added that Castañeda corrected the information, saying that the city could not officially confirm the news, and not building permits were being processed for Disney or for Grupo Do It or its subsidiary, Sun Ranch Limitada, the owners of the land.

QCOSTARICA - A claim made by a family against...
Investing In Costa Rica