Dollar Exchange Blamed For Rise In Tolls On Ruta 27 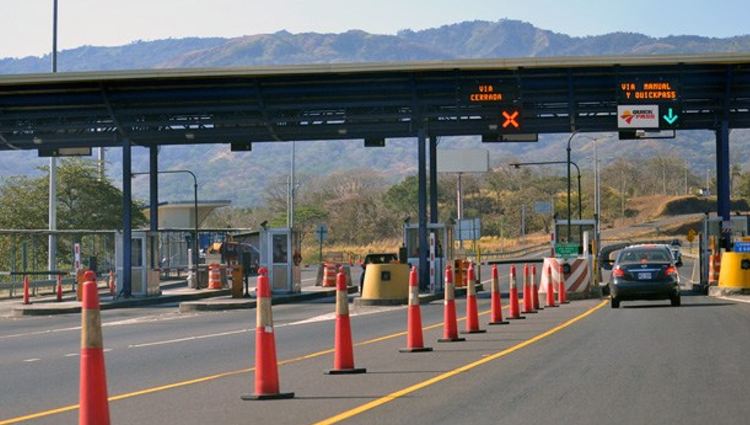 On Wednesday, the price of tolls on the Ruta 27, also known as the San José – Caldera, will increase at all toll stations. The increase, says the road concessionaire, Autopistas del Sol, is due to the rise in the dollar exchange rate in the last two weeks.

Each station will will see an increase of between ¢20 and ¢30 colones, each way.

The increase will add an additional ¢80 to ¢120 colones, each way, to favourite beach locations likes Jacó, Quepos and Puntarenas.

This is the second increase in less than a month, the last being at February 20, when tolls went up ¢10 colones at most stations.

Based on the concession contract, Autopistas normally evaluates and adjusts toll rates every three months. However, the concessionaire says the contract allows to vary rates based on the dollar exchange fluctuations.

The tolls on the General Cañas (east of the airport), the Bernardo Soto (the toll station at Naranjo), the Florencio del Castillo (road to Cartago, east of Terra Mall) and the Ruta 32 (road to Limón) will remain unchanged, due these are state tolls.

QCOSTARICA - The vehicular restrictions return to odd and even plates starting tomorrow, Saturday, June 26 and continue to Sunday, July 11. The big change...
Consumption