The 29-year-old woman had served six years out of a 10-year sentence for 'aggravated homicide' under El Salvador's abortion laws. She was eight months pregnant when she had a miscarriage in a shopping mall bathroom.

(Q24N) Authorities in El Salvador on Wednesday, September 23, released a woman who suffered an apparent miscarriage but was convicted of killing her baby. 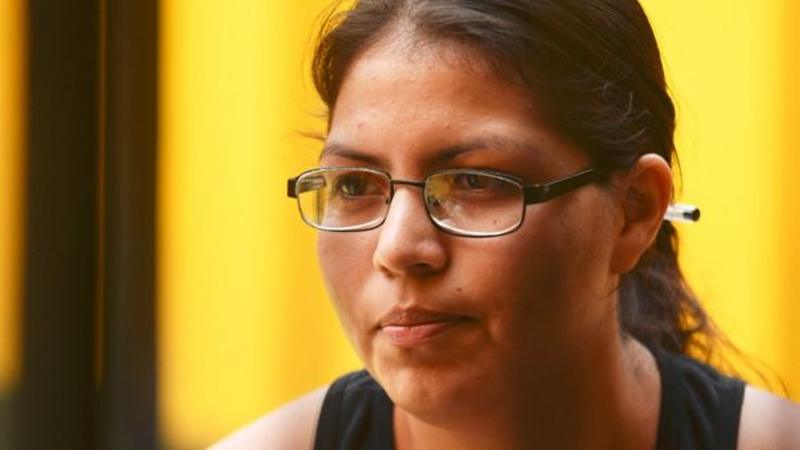 Erazo was eight months pregnant when she had a miscarriage in the toilets of a shopping center on the outskirts of the capital, San Salvador. She was then taken to hospital where authorities accused her of attempting to abort the fetus.

She said she had an involuntary miscarriage, but she was handed a 30-year sentence on charges of having had an abortion. The verdict was later changed to aggravated homicide and the sentence reduced to 10 years.

“Cindy’s case brought international attention to the horrible reality of the extreme prohibition on abortion in El Salvador and the insidious culture of persecuting innocent women that it perpetuates,” said Paula Avila Guillen, executive director of the Center for Women’s Equality.

Erazo’s release “confirms that justice is possible if we unite,” said Morena Herrera from the Citizens’ Group for the Decriminalization of Abortion.

Human rights groups say that at least 18 innocent women are currently in prison for similar cases in El Salvador. The country’s law criminalizes all abortions and subjects both women and doctors to prosecution.

Carmen Martinez from the Center for Reproductive Rights said El Salvador had received countless recommendations from international human rights organizations to improve the sexual and reproductive rights of women and girls.

QCOSTARICA - At the press conference from Casa Presidencial that started more than 15 minutes this afternoon, the government announced new sanitary measures that...
Coronavirus

The German health minister, Jens Spahn, said that despite falling daily cases of the COVID-19 in Germany, caution is still needed. "Everyone will experience this virus," Spahn...
News

QCOSTARICA -  Travelers who require a negative covid-19 test to enter their destination country may now get tested at the Juan Santamaría (San Jose)...
HQ

QCOSTARICA - Small groups of protesters tried to block several routes in the country on Monday, but the Fuerza Publica (National Police) managed to...
Trends

The trading world is full of trading strategies that vary by assets, timeframes, and, of course, technical indicators. In this article, you will learn...
Business

QCOSTARICA - Adolescents of 16 and 17 years old with some risk factor in case of falling ill with covid-19 will be part of...
Consumption

QCOSTARICA - Caja patients with diseases other than covid-19 will be transferred to private hospitals, to make room for covid patients, through the "Urgent...