English No Longer Enough for Call Centres in Costa Rica 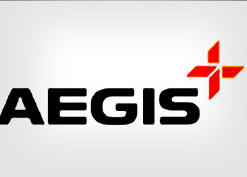 In the past, just being fluent in English was enough to qualify the 14,000 workers in the nation’s call centres for a job. But no more.

Last January the Tele Tech firm announced it was moving its operation abroad and last week Hewlett-Packard announced part of its operation was going to India and asked help in finding jobs for 4,000 employees.

But other firms, like Sykes, Amazon and Convergys, appear perfectly content here and, indeed, are growing. Francisco Alba, president of the Chamber of High Tech Service Corporations, says that some firms are simply seeking more efficiency and lower costs.

But others are demanding special skills as the market “matures,” says Alba. They want employees conversant in digital animation, software, engineering, research and development and other specialties.

Although Llobet notes that, while a second language is important, such as English, those entering the work force should sharpen other skills as well. “If one of these employees were my child,” she says, “I’d direct them to study other areas as well, because the best opportunites are for those in other fields.”

In other words, she and a number of others with knowledge of the field consulted by the daily newspaper La Nacion, make the same point–broaden your education, especially in technology.

QCOSTARICA - Our country, Costa Rica, worsens in how...
Uruguay