Los Santos is holding its first coffee festival – Festival del Café – this weekend, where you can enjoy a variety of local dishes made with coffee, a “barista” competition, dances and masquerades.

The coffee producers of the cantons of Dota, Tarrazú and León Cortéz, came together to rescue the culture of its world famous coffee.

For the 50.000 inhabitans of the area coffee is the economic engine.

Presidenta Laura Chinchilla will be the opening act at the Festival del Café, that will take place Friday, March 22 at the  San Pablo de León Cortéz park.

The barista competition will take place on Saturday at 1:00pm. For Sunday, organizers have planned an exhibition of largest coffee blaster in the country

For more info on the festival write to festivalculturalcafe@hotmail.com mail or call 2551-6892. 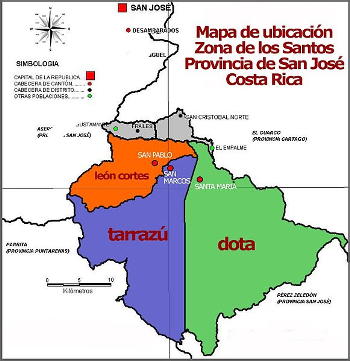 Barista
The word barista is of Italian origin, and in Italian, a barista is a male or female “bartender”, who typically works behind a counter, serving both hot drinks (such as espresso), and cold alcoholic and non-alcoholic beverages, not a coffee-maker specifically. While the title is not regulated, most coffee shops use the title to describe the preparer of coffee and operator of an espresso machine.
Good espresso-making is essential to a barista’s role.

Baristas generally operate a commercial espresso machine, and their role is preparing the shot and pulling the shot; the degree to which this is automated or done manually varies significantly, ranging from push-button operation to an involved manual process. 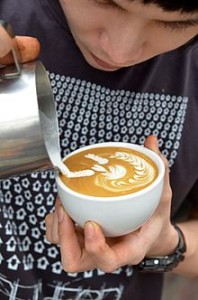 Preparing the shot involves adjusting the grind of the beans, dosing (the amount of coffee used in the shot), tamping (pressing down the espresso in the basket), and often other preparation of the grounds (such as leveling, tapping, or stirring), with the goal of obtaining a desired extraction.

The barista usually has been trained to operate the machine and to prepare the coffee based on the guidelines of the roaster or shop owner, while more experienced ones may have discretion to vary preparation or experiment, and a seasoned veteran will of course need little training beyond specifics of equipment and beans used and the shop’s preferences.

Formal barista competitions originated in Norway, and today the most prestigious is the World Barista Championships, held annually at varied international locations. Baristas worldwide compete, though they must first compete in a competition held in their own country to qualify to enter in the WBC.

QCOSTARICA  - The 200 years of the Independence of...
Coronavirus