The Ministry of Environment (MINAET) made it a condition for gas companies to change the cylinder valves if they wish to continue operating in the country. The condition is real as 90% of the concessions to gas suppliers expire this year. 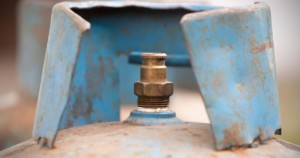 The MINAET, responding to two serious compressed gas tank explosions in the past several weeks, one of them taking the lives of three and seriously injuring two more, is getting tough on an industry that has pretty much gone unregulated.

The first change will be to eliminate the coupling valve to a threaded valve system as recommended by the fire department. Portable gas tanks used in kitchens in homes and business across the country use a coupling system, unlike the threaded used for bbq tanks, that has been known to leak.

The other change is that suppliers keep record of the gas tanks and that no tank can be in use for more than 10 years.

So far this year, the Cuerpo de Bomberos (fire department) has responded to 705 emergencies related to gas tanks.

The MINAET has also begun visiting gas bottling plants operating around the coutry to check whether they comply with safety requirements established by law.

QCOSTARICA - The American drugmaker, Pfizer, said in a statement on Friday that reduced deliveries were a temporary issue, affected by changes to its...
Politics

QCOSTARICA - Carlos Alvarado's forgetting of his personal codes for his computer and cell phone was the subject of strong criticism from legislator Carmen...
Expat Focus

QCOSTARICA - Towards the end of 2020, the balance of bank accounts in colones in the financial system fell a little, after an atypical...
Photos of Costa Rica

A view of Playa Hermosa, Puntarenas looking southwest from the Costanera. Photo by Ricardo Arce via Unsplash.