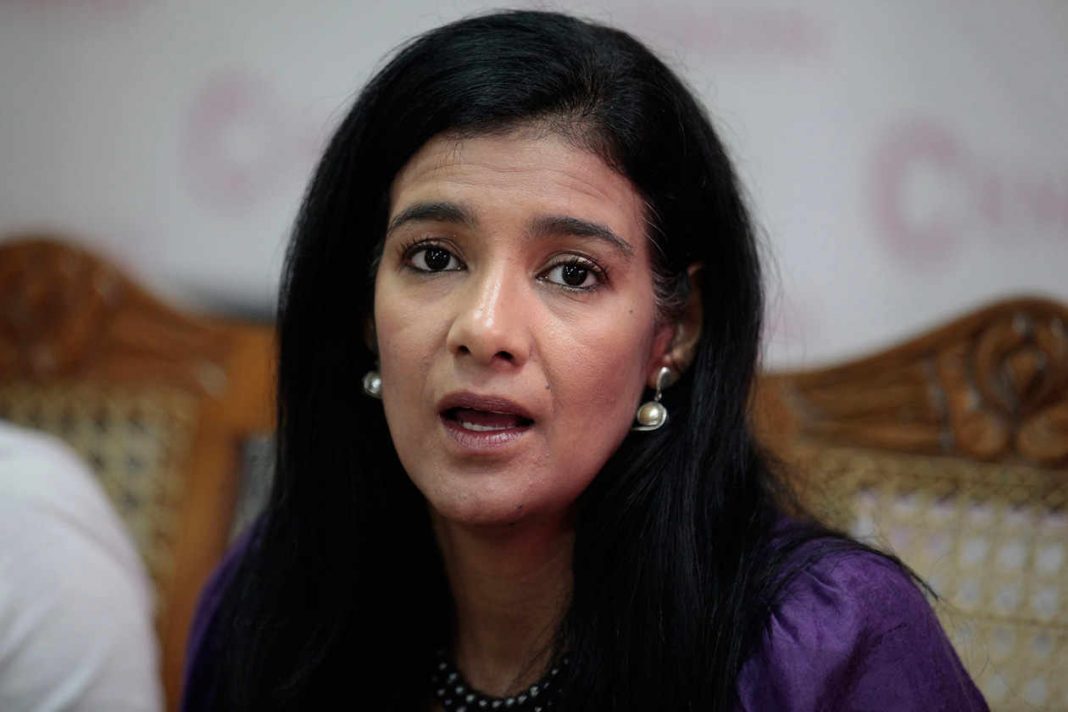 By Ivan Olivares (Confidencial) – It’s always hard for a sexual abuse victim to come forward and speak about her tragedy with an outsider.  Even more so, if there’s a video camera running between the two. Leonor Zuniga believes that Zoilamerica Narvaez agreed to speak with her about the denunciation of her stepfather, Daniel Ortega, “because I promised her two things.”

First, that she wouldn’t make “a film of hatred directed at her parents. I wasn’t interested in portraying them as diabolic caricatures, but in trying to understand the phenomenon of the culture of silence and impunity with respect to what had happened. The other is that I was never going to ask her about the specifics of the sexual abuse. She wrote a testimony that’s available on the internet, and I didn’t need to do that,” the director explains.

In 24 minutes, the documentary “Exiled” offers a look at the tragedy of Zoilamerica after denouncing in 1998 that she had suffered sexual abuse at the hand of the current president of Nicaragua, and the pain of not receiving support from her mother, Rosario Murillo. But there’s also a parallel between these events and the abuse of power that the entire country is currently suffering.

A difficult story to tell

The story reaches from Zoilamerica’s past to her present. We see Ortega at a public gathering, taking the microphone and saying: “Rosario told me that I should ask the people’s forgiveness for having a daughter who betrayed the principles of the Sandinista National Liberation Front.” Murillo weeps. Her relationship with Zoilamerica has severed.

The film follows Zoilamerica’s life as a sexual abuse survivor, twenty years after she publicly accused Ortega of rape. It moves from 1998 to 2016, when her stepfather is campaigning to be once again elected president of Nicaragua.

In an interview on the YouTube news program Esta Semana, filmmaker Zuniga explained that although everything in this family is political, her intention in making the film was not explicitly political.  However, she recognized that it’s impossible to speak of this topic without engaging in politics.

“Sexual abuse is an abuse of power, and any film which questions power is political. I don’t see how it’s possible to make a film on sexual abuse that’s not political,” the film’s creator noted.

“I was interested in the internal drama. I didn’t want to make a film that was similar to much of the news coverage of Zoilamerica, where your conclusion is: ‘They’re all crazy, that family has exceptional problems.’ Clearly, it’s a very particular family, because of their abuse of power, but I want people to see that and still ask themselves: ‘Is there sexual abuse in my home? What did I do to deal with the victims? Did I silence them, ignore them, reject the person, or did I do something different?’”  Zuniga asserts.

Being a mirror for other victims

Zuniga recalls telling Zoilamerica that “I wanted her to be the mirror for many Nicaraguan families, and many more around the world, of how the victim of sexual abuse feels when she isn’t believed, when the family instead punishes and persecutes her.”

In the course of the filmmaking process, Giordano, Zoilamerica’s son who was nine at the time, became involved in an unexpected way. He ended up becoming a relevant figure in the documentary, opening up a series of reflections regarding how the next generation then deals with the trauma.  In other words, its effect on the sons and daughters of those who have suffered sexual abuse.

Zoilamerica’s children must “deal with the fact that their family members not only removed the victim from the family and from the country, but that they’re prominent figures in that country. It was very impacting to see a mother with a small child, watching his grandparents launching a presidential campaign (in 2016) as the end result of a plot to hide sexual abuse,” recounted Zuniga.

In reference to the tragedy that Nicaragua has been experiencing since April 18, 2018, Zuniga points out: “Zoilamerica said that she saw the same strategies and techniques of oppression being applied in Nicaragua today as the ones they applied to her. This seems very pertinent to me, because sexual abuse is an abuse of power, and it’s based above all on dehumanizing the person who is abused.”

Parallel to this, she observes that this is precisely what’s happening in Nicaragua. “The government, headed by Daniel Ortega and Rosario Murillo, consistently dehumanizes the voices that aren’t in agreement with them. They never foment discussion. Simply: those who disagree aren’t important, aren’t useful; under their cloak of messianism, in the name of the nation, they then justify the physical aggression and even killing of them.”

Making the rounds of film festivals

The plans for “Exiled” include bringing it to the film festival circuit, and presenting it in as many countries as possible, as well as organizing parallel activities wherever possible.

Plans also include posting the film online, so that it’s accessible to Nicaraguans (knowing that at this time it would be impossible to project it on the national screens without incurring reprisals).

“If things were to change in Nicaragua, and there were to be minimal assurances of respect for the constitutional guarantees, such as the right to meet, to question, and to respect freedom of expression, we’d like to present it in the country. But, at present, those options don’t exist,” the filmmaker concluded.

- Advertisement -
Paying the bills
Previous articleThe Sanchez Sisters: Imprisoned and Tortured in Nicaragua for Protesting
Next articlePilot Of Plane That Fell In The Virilla: “I Am Not Going To Give Up”