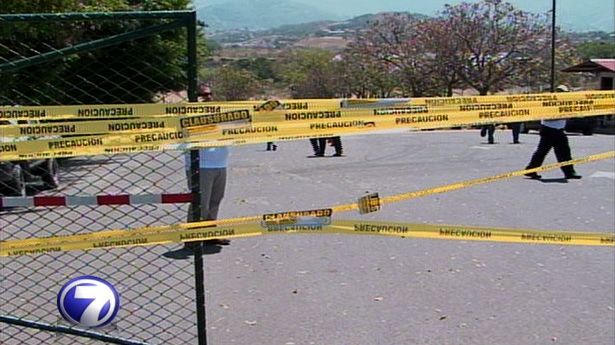 But, it appears it wasn’t a surprise to organizers. Municipal officials say that they had warned organizers that they weren’t in compliance with all the permits and had been warned that that the fair could be shut down.

Notwithstanding, the doors to Expomovil 2013 opened as had been announced. The newspaper, television and radio advertising promoted the event. La Nacion, Costa Rica’s leading Spanish language newspaper, had several inserts in Thursday’s publication. Today’s (Friday) is full of car advertising, all inviting to the car fair to make their deal.

Expomovil is the most important car fair of the year, offering visitors the ability to kick tires and talk prices. Some even look forward to make their purchases. In fact, the car fair has resulted in more than 5.000 car sales a year for the past several years.

The Expomovil is organized by the Asociación de Importadores de Vehículos y Maquinaria (AIVEMA). For 2013, some 30 car dealers had a booth and special fair deal. Also all major banks provided a booth and staff to discuss financial deals.

Although the AVIEMA said it is exhausting “all legal” channels to remove the “clausurado” (closed) police tape, it is uniikely this year’s fair can be saved given that the first appeal filed this morning was rejected by the courts.

AVEIMA is expected to make an official announcement by the afternoon. In the meantime, car dealers like Vetrasa (Mitsubishi) and Agencia Datsun (Nissan) say they will offer customers the same Expomovil fair deals at the their agencies.

Other dealers also told the press that they urge customers who planned to buy at the Expomovil can visit their dealerships for the same deals.

QCOSTARICA - Fifteen months after the national emergency against covid-19 was declared, Costa Ricans will have a digital platform where you can be notified...
Rico's Digest

RICO's DIGEST - We've all had this happen, your computer's hard drive is full and your computer crashes. But we are not the Radiográfica...
Peru