The cases are increasing, since the number is greater than 1, but the transmission speed is slower than that reflected in the report a week ago

QCOSTARICA – The contagion rate of covid-19 in Costa Rica, which measures the speed of transmission of the SARS-CoV-2 virus, fell slightly in the last week, going from 1.43 to 1.21. However, this is still at high levels and that is why the numbers are increasing. This is stated in the most recent report from the Universidad Hispanoamericana (UH), released this Friday.

Ideally, this indicator, also called the R rate or basic reproduction number, should be less than 1, because that means that it is decreasing. When it is above 1, it is an indicator that the virus is transmitted faster. In the previous report, 100 people with the virus would have infected 143, but in the last week, from May 8 to 14, a group of 100 individuals with the virus would have transmitted it to 121.

In other words, the cases are increasing, since the number is greater than 1, but the transmission speed is slower than that reflected in the report a week ago. Each group of infected gives rise to a larger one, but this group is smaller than the one seen seven days ago.

The report emphasizes that this situation of reduction in transmission speed also occurred in the fourth wave, in the period from January 20 to 27, when it went from 1.43 to 1.20.

Doctor and epidemiologist Ronald Evans, does not only depend on human activities, such as meetings or relaxation on the use of the mask (whose mandatory use in closed places was eliminated during the days studied). Increasingly infectious variants of the virus also play an important role.

“This new week, already well into the fifth wave of the pandemic, we get the truly unfortunate news: the first official report of the omicron variant of concern BA.4 in Costa Rica, which continues to be more infectious than the previous ones, according to experts from various countries,” the report cites.

Each province has its own contagion dynamics, but all are above 1. However, decreases are seen in some provinces.

The highest rates are in Limón and Puntarenas, both with 1.32. In these coastal provinces, 100 people with the virus would infect 132. In the previous report, Limón was the lowest, with 0.87, but in the previous one, the highest, with 1.18. In this analysis, it has already been seen several times how the Caribbean province goes from the highest to the lowest (or vice versa) from one week to the next. 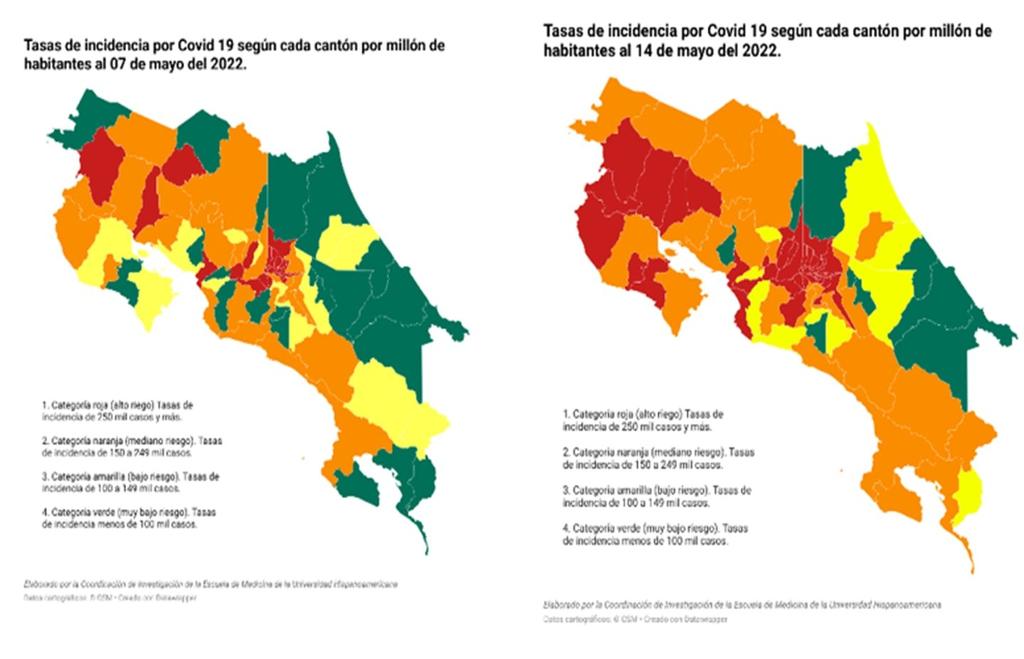 Another of the researchers’ concerns is the increase in positivity, that is, the percentage of individuals who are positive when undergoing the diagnostic test in a laboratory. It went from 14.4% to 18.04%, that is, 18 out of every 100 people who take the test are positive.

Ideally, the number of positive cases is 5% or less (or the negatives, therefore, 95% or more) or, the minimum to be considered acceptable, according to the World Health Organization (WHO), is from 10%. If there are more positive tests, it is an indicator that not enough are being done and many cases could go unnoticed, lead a “normal life” because they are not known to be infected and infect more people.

However, this number should also be viewed with caution, as people can now self-test and self-isolate if they test positive. These numbers are not reflected in positivity, which only takes into account laboratory tests. Very few of those who have this test confirm it with a laboratory test.

In addition, there are those who, upon perceiving symptoms, simply interpret that they are sick and isolate themselves for a few days. That’s not reflected in the numbers either, so they could be much higher. 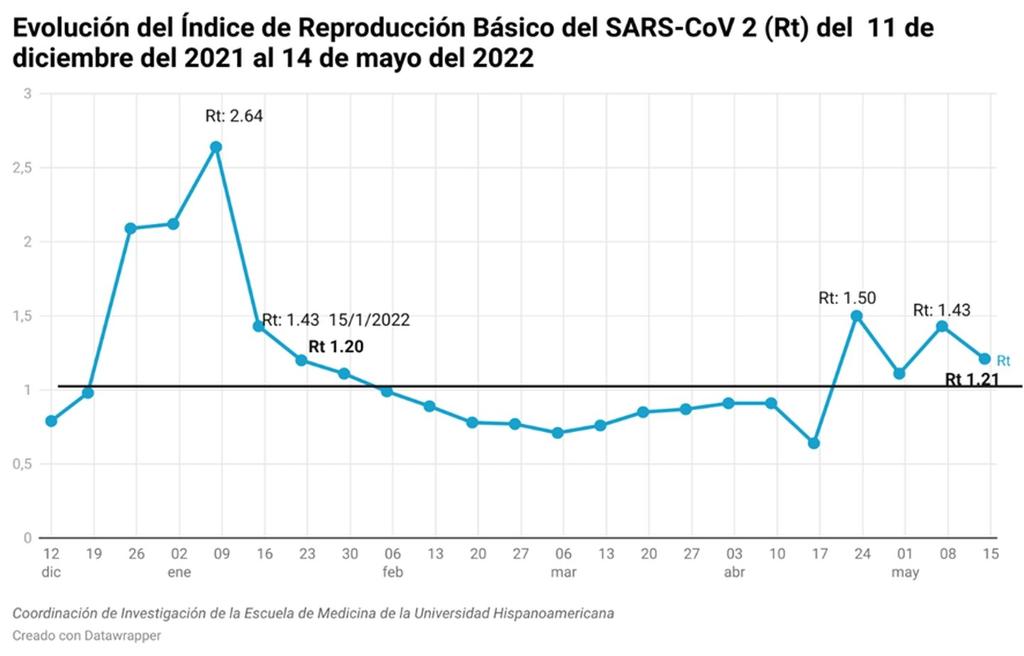 Unlike the analysis of the Ministry of Health, which presents the cases from Tuesday to Monday, the UH has traditionally is from Sunday to Saturday. When taking different days into account, an increase of 36.6% is seen and not the 35.12% announced by the Ministry of Health on Tuesday. According to this analysis, the daily average of cases was 1,047, 402 more cases than a week before.

However, what is worrying for the UH is that this implies an increase of 376.67% since mid-April, when the wave bottomed out and there were 300 cases per day.

- Advertisement -
Paying the bills
Previous articleThe challenge of the new government: a more inclusive Costa Rica that integrates its migrant population
Next articlePrice of fuels above ¢1,000 proposed