Mexican Volkswagen staff have bid farewell to their last "New Beetle," the design that in 1997 succeeded the curvy small family car first made famous in postwar Germany. 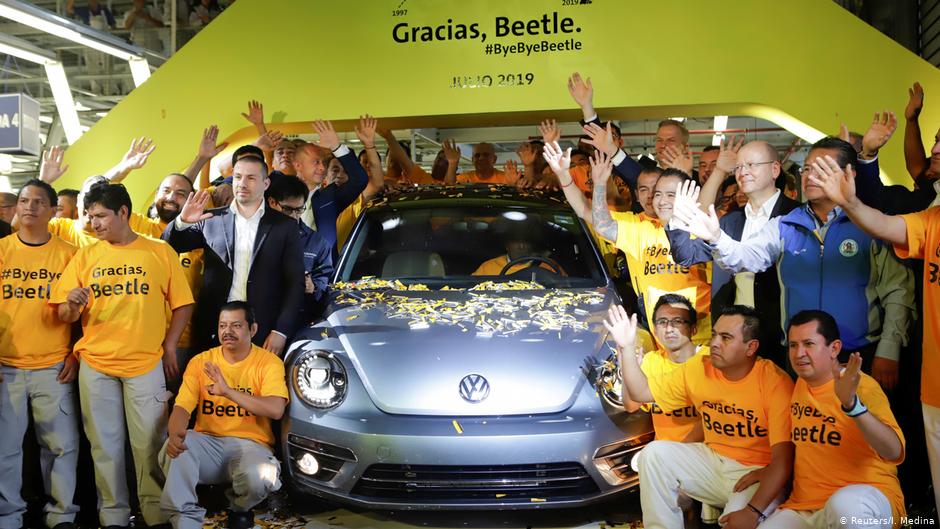 Wednesday’s send-off for a car in metallic-blue was the last of 1.7 million “New Beetles” (Vochos) produced by Volkswagen in Mexico, and ended more than seven “very important” decades of manufacture, said the German car giant.

Volkswagen’s Puebla works, southeast of Mexico City, would, however, continue producing different VW models, including the Golf and Jetta, while focusing on electric and larger family vehicles for the United States.

At Wednesday’s ceremony, complete with mariachi band and confetti, VW Mexico CEO Steffen Reiche said the era had ended for a car that had “conquered the hearts of the people with its special design and quality.”

“Today is the last day. It has been very emotional,” he said.

VW Beetle through the years

VW to end production of the Beetle 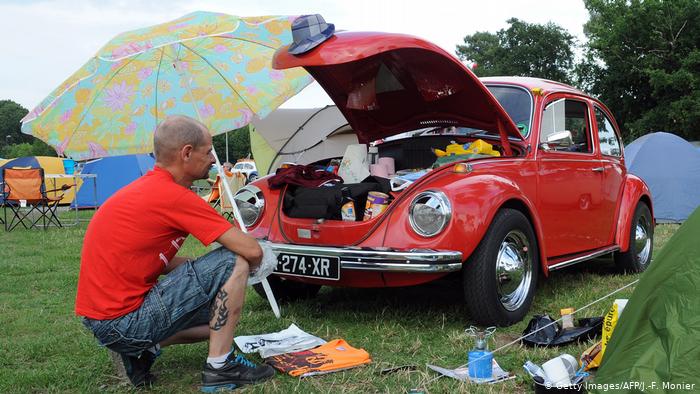 Volkswagen announced the last of its iconic Beetle compact cars would roll off assembly lines in 2019. While there will be two special models manufactured before production ceases, it’s the original “Bug” that still generates the most emotion among its fans. DW looks at how views of the “people’s car” have changed over the decades. 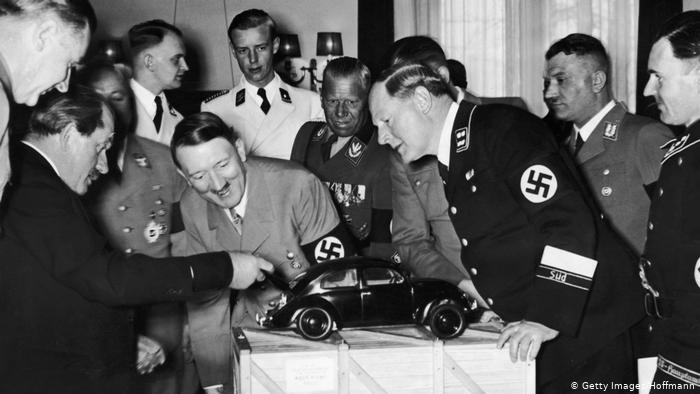 In the 1930s, Nazi ruler Adolf Hitler tapped Ferdinand Porsche (L) to design a “Volkswagen,” or “people’s car” — an affordable, mass-market vehicle that could carry a family and luggage. He came up with a two-door, rear-engine vehicle that could cruise at top speeds of 100 km/h (62 m/hr). Initial production of the car remained small. 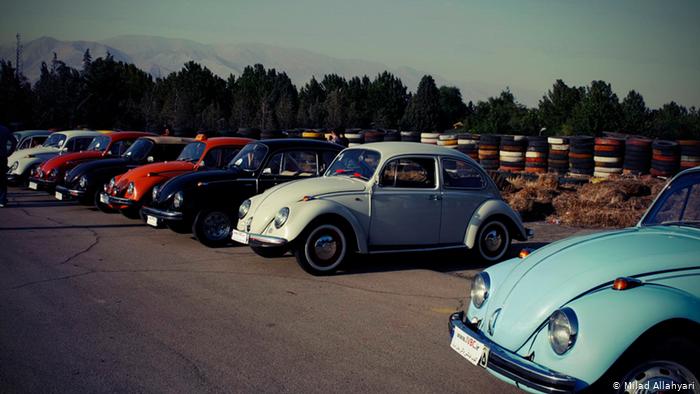 Sales of the car, officially named the Type 1, picked up after the British, one of Germany’s post-WWII occupying powers, relaunched Volkswagen factory production. In 1955, the millionth car rolled off the assembly line. It was only then that the rounded car earned its nickname “the Beetle.” The moniker was then carried over into numerous languages as sales of the car spread around the globe.

From film to driveways 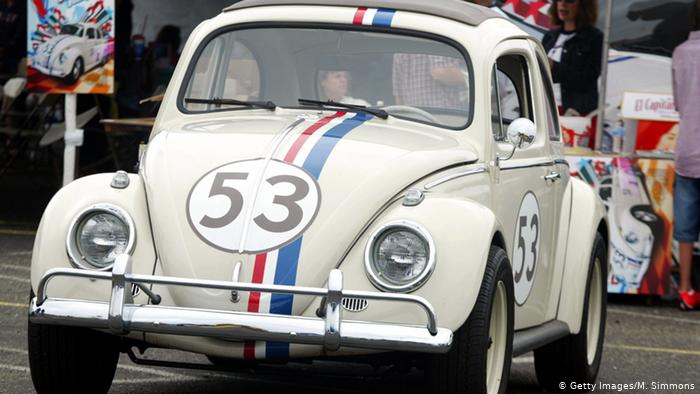 It took a while for the Beetle to become popular in the US, however, in part due to the car’s Nazi roots. But a 1960s marketing rebrand and the car’s starring role in the 1968 movie “The Love Bug” as Herbie (above), a Beetle with a mind of its own, sealed its place in the hearts of Americans — and in their garages.

The Beetle is back 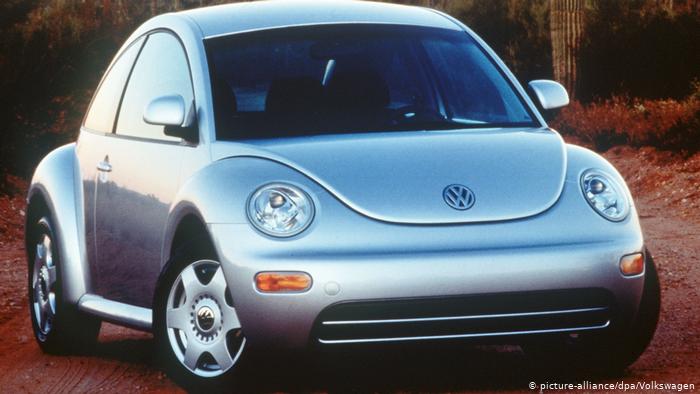 Beetle sales in the US plummeted in the 1970s and production there ceased in 1979. By that time, the car was being produced around the world, including in Mexico and Latin America. In the 1990s, VW decided to give the car another go in the US. They revamped the design and released the New Beetle (above) in 1998, complete with a built-in flower vase.

Saying ‘adios’ to the original 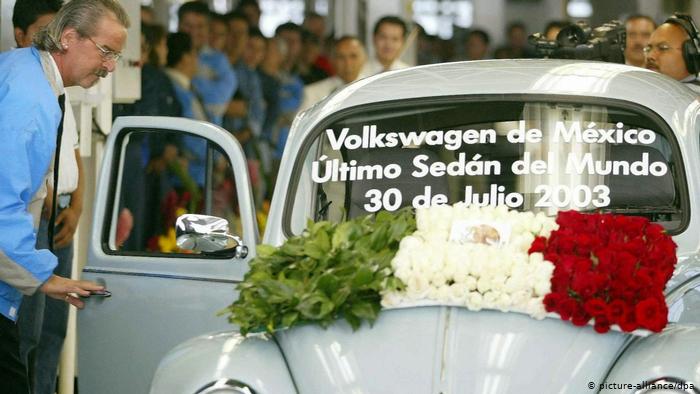 As the New Beetle took off in the US, global production of the original Type 1 Beetle came to an end. By July 30, 2003, when the last of its kind came off the production belt in Puebla, Mexico, over 21,500,000 had been produced. The final car (above) received a ceremonial sendoff complete with mariachi band. Dubbed “El Rey” (“the king”), the car was sent to VW headquarters in Wolfsburg, Germany. 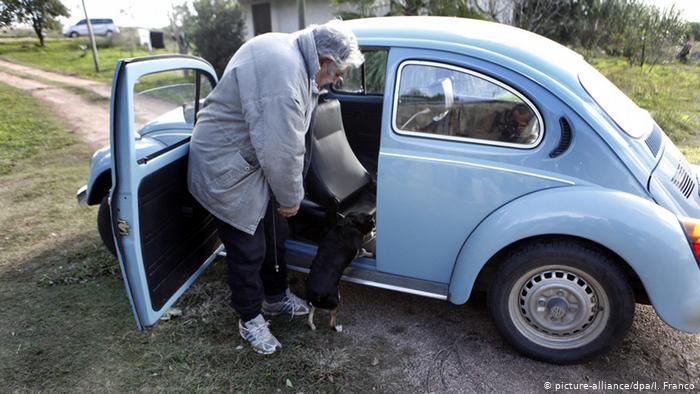 Despite no longer being made, the original Beetle remained popular and recognizable, often linked to 1960s nostalgia. However, it also made a political statement. While holding the post of Uruguay’s president from 2010-2015, Jose Mujica continued to use his 1987 Beetle to get around (above). The old car, part of his personal abstention from luxury, cemented his reputation as a humble politician.

A place in drivers’ hearts 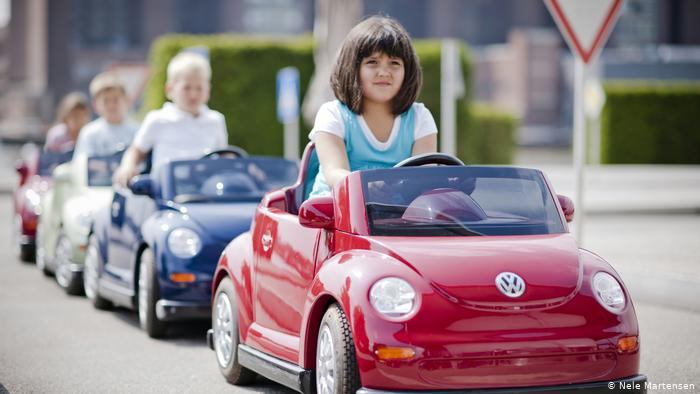 The VW entered its third generation in 2012, with the production of a new model in the US. But just six years later VW said it would cease making the car in 2019, instead focusing on electric and family vehicles. VW’s CEO left the door open to reviving the much-beloved Beetle in the future. Until then, however, the iconic car will continue to hold a place in the hearts of old and young alike.

The first “Beetle,” or Käfer in German, was conceived in the 1930s by a design team led by engineer Ferdinand Porsche, tasked by German dictator Adolf Hitler.

During the war, VW used slave labor at what became its headquarters Wolfsburg in northern Germany and documented on site since 1999 in former air-raid bunker.

After World War II, in Allied-occupied Germany, the car was rebranded and went into mass production. Exports of the reputedly robust vehicle, with a rear air-cooled motor, began to the United States in 1949.

The original Beetle series was sold in Germany up until 1985, latterly as Beetles imported from Mexico. Assembly in Mexico was terminated in 2003, ending a total run of 21.5 million cars produced.

In 1997, Pueblo had already begun production of the successor “New Beetle,” emulating the original’s round shape. A second-generation “New Beetle” followed in 2011.

“The new ones don’t get uphill, and the old ones can climb any incline without a problem,” said taxi driver Adrian Martinez.

Businessman David Alvarez said his 2008 New Beetle with a roll-down top still “turns a lot of heads in the streets.”

The final car produced Wednesday will remain at Volkswagen’s museum in Puebla.

The letter that Adolfo Hitler sent to the President of Costa...
Read more