Floods in Guácimo Up To Two Metres High 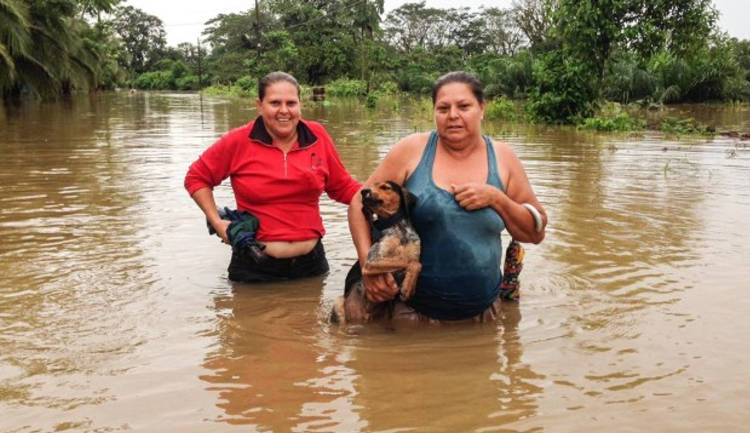 The communities of Escoica, La Lucha, Santa Rosa and Camarones, in the province of Limón, were the most affected by the rains that started late Wednesday night.

The Parismina and Platanar rivers overflowed their banks, causing floods in various communities, with water levels up to two metres (six feet) high.

The rains subsided Thursday afternoon, causing the water levels to quickly recede and no need to open shelters as people weren’t forced to abandon their homes.

The rain and cold front that gripped most of the country in the last 36 hours is being called an “impuje” (push), as cold air from the north collides with the warm air of the Gulf of Mexico, affecting out country with strong cold winds and light to heavy rains.

QCOSTARICA - The ambiguity with which the political parties' spending reports are written makes it difficult for citizens to monitor what type of digital...
Reports

Q24N - The Executive Board of the International Monetary Fund (IMF) approved on Tuesday, January 19, Panama’s request for a two-year arrangement under the...
Cartago

QCOSTARICA - In recent weeks coyotes have been seen roaming the TEC campus in Cartago, hungry and looking for food, especially on the shore...
Photos of Costa Rica

A view of La Sabana, the part, stadium, what will be the tallest building in Costa Rica and the Poas Volcano in the skyline. Photo...
Central America

Q24N (Guatemala city) The governments of the United States, Mexico and Guatemala agreed on Friday to prohibit the passage of migrant caravans through their...
Cartago

QCOSTARICA - Fog, light rain and very cold it was for those who had to leave home this morning in Cartago, due to the...
Alajuela

HQ - A load of "perlin" (extrusions used in construction) became loose and rolled from a truck and fell on top of a minivan,...